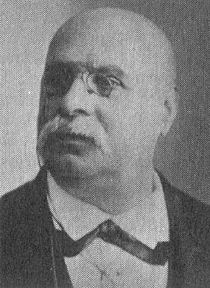 As the new court pianist of Empress Eugénie, wife of Napoleon III of France, Emil Waldteufel was expected to play dance music for the autumn house parties of the imperial family. The social occasions at the castle of Compiègne, fifty miles north of Paris, included not just the aristocracy, but also important personages in the arts, and enabled the royalty to enjoy the pleasure of their guests in relatively informal surroundings.

After the hunting, the woodland excursions, the procession to the dining room, dinner, and a variety of parlor games and entertainments, came dancing.

But amid the splendor and merriment, the dancing was strangely austere.

Napoleon III insisted upon privacy, and he felt that the presence of an orchestra at Compiègne would compromise the pleasure of his gatherings. His solution–instead of dancing to an orchestra, his guests cut the rug to a mechanical piano.

The Debain “Antiphonel” piano played pieces reproduced by a board studded with pins. As a chamberlain or one of the guests turned a handle in the front of the piano, the board moved over a plate that had a series of openings in it. The pins forced down metal points projecting through the metal plate, and operated a series of levers that depressed the pads of the piano keys.

It seemed to work all right, but, for some guests, the mechanical piano was less than inspiring. In 1857 the British Ambassador wrote to Lord Clarendon, Minister of Foreign Affairs, from Compiègne about dancing to a “hand organ” that was “a dreadful trial to one’s nerves,” and referred to “a wretched chamberlain” who had to grind away at it all evening.

Enter a live pianist–Emil Waldteufel, who soon became “the life and soul of the informal dances.”

The honor applied regardless of the hour, so that one night a chamberlain hauled Waldteufel out of bed and dressed him so that he could go to the ballroom and play waltzes.