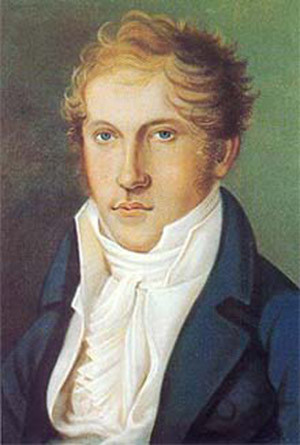 Louis Spohr had heard unflattering things about the famous Sistine Chapel choir performances of the Miserere by the seventeenth-century composer Gregorio Allegri, but he was eager to judge for himself. After a visit to Rome, he wrote in his journal for August 10, 1817:

These simple sequences of harmony, almost entirely in triads, this blending and sustaining of the voices, sometimes building to the loudest forte, at another fading away into the softest pianissimo; the constant and lengthened sustaining of single notes to an extent attainable only by the lungs of a castrato, and then in particular, the soft introduction of a chord while the chord of other voices is still softly sustained, gives this music, for all its defects, something so strange that the listener can’t help feeling attracted to it.

So now I can easily understand that in former times, when the choir was much better, how this must have made a huge impression upon foreigners who had never heard pure vocal music and the voices of castrati....

At the end of the ceremony, the servants, scraping and walking upon the foot-boards, made a very unpleasant noise for musical ears, which greatly disturbed and then wiped out the impression of the music, to which one would gladly have given oneself over a little longer. I’m told that the noise is intended to represent an earthquake!

On the second evening I managed to arrive at the chapel right at the beginning of the real singing, and at the putting out of the last taper. The crowd was so large that I had to remain standing for awhile at the entrance surrounded by Englishmen, who, during the entirety of the music, talked to each other in very loud voices and couldn’t restrain themselves despite signs for silence.

On top of that, the singers sang much more carelessly than they had the day before, and often were so false that I was glad when the earthquake put an end to the ceremony.