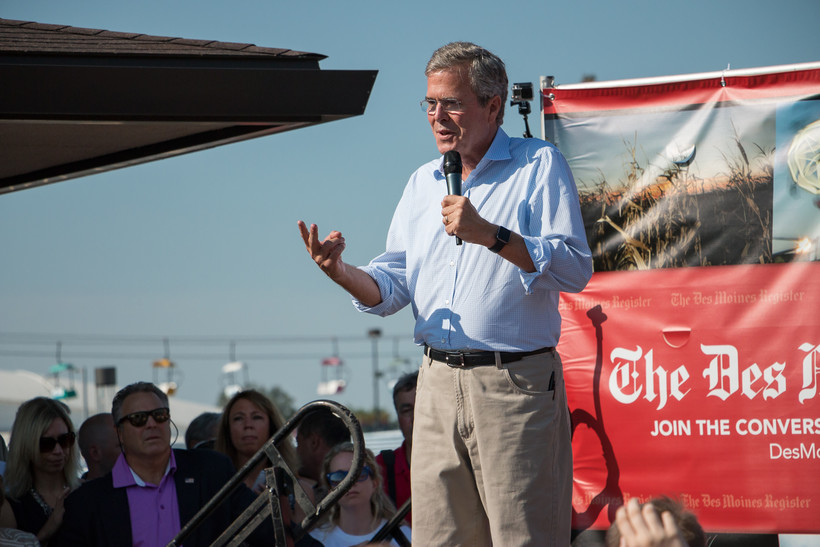 Some political observers are calling attention to a presidential primary calendar they say both artificially inflates issues that most Americans find insignificant and pushes candidates toward the extremes of their respective parties.

They say it’s no mistake that presidential candidates spend the most time early on in their campaigns in Iowa and New Hampshire: Both states are virtually guaranteed to host the first electoral events in the nomination process.

Said Democratic political consultant Mark Mellman to the Los Angeles Times: "Iowa and New Hampshire account for about half the news media coverage of the entire primary season, with the winners absorbing the lion's share of the attention. Moreover, coverage of the winners tends to be almost entirely positive, which fuels rising poll numbers."

With the media spotlight so intensely focused on the two early primary states, a win in either of them, but particularly a win in Iowa, can provide momentum to a candidate who may have previously been slipping in the polls.

Wisconsin Gov. Scott Walker certainly understood that potential: Toward the end of his now-suspended campaign, the governor explicitly said that he was putting blinders on for the other 49 states and turning his attention solely to Iowa.

"I think we're putting all our eggs in the basket of Iowa," he told MSNBC.

Susan Johnson, assistant dean and political professor at University of Wisconsin-Whitewater, said it’s unfair that states that don’t have early primaries go neglected. The result, she said, is that every four years, the issues of Iowans become the most salient in the nation.

"I think it absolutely skews the debate," she said. "It's one of the reasons why support of corn subsidies have been such an important issue in president politics."

Johnson added that the primary calendar creates a kind of polarizing effect, since Iowa voters on average represent the extremes of political ideologies.

"Iowa Republicans tend to be much more evangelical and conservative than you would say the nation as a whole. And that makes a difference in terms of how the candidates have to pitch themselves to that voter base," she said.

She added that Iowa’s Democrats tend to be more liberal on average, too.

The primary system, said Johnson, was supposed to improve the nomination process by revoking the power of party leaders. And yet, she sometimes wonders if the current process is in fact more fair.

"I would argue on its face it's more democratic, and that individuals are able to vote." she said. "But I would also say that certain individuals have an outside role in the process, and one of the examples of that would be states that are early versus states that are late."

Wisconsin's primary election is in early April, and will be held after more than half of the other state primaries are over. Typically, the candidate field will have been narrowed down significantly by then, said Johnson, and campaigns will be paying little attention to Wisconsin and its voters.