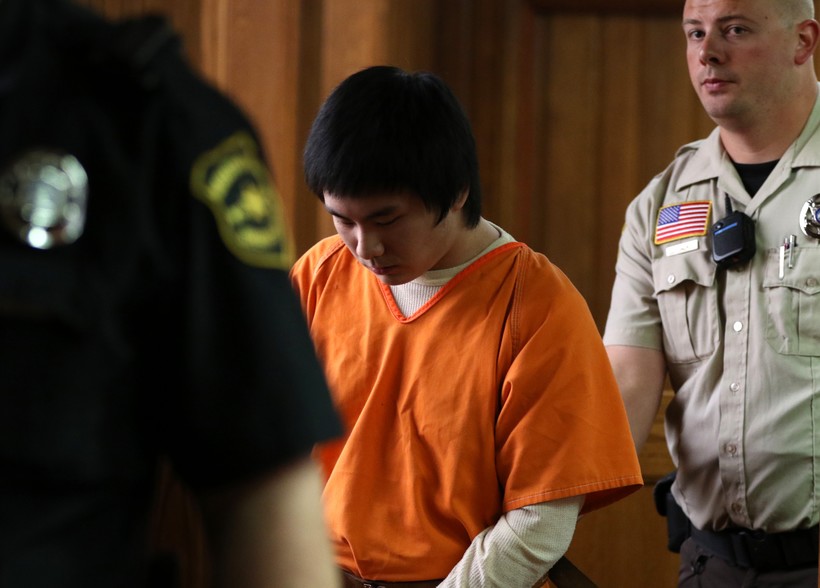 A homicide case involving two Wausau teenagers has darkened a year that was supposed to highlight the progress of the city's Hmong community. It has also divided city leaders and raised questions about the criminal justice system in Wisconsin.

In April, Wausau celebrated the 40th anniversary of the city's first Hmong immigrants, who came from war-torn southeast Asia in 1976, to face suspicion and prejudice in what was then an overwhelmingly white community.

At the celebration, one of central Wisconsin's most powerful leaders, Marathon County Administrator Brad Karger, was cheered as he performed a traditional Hmong dance. Karger had taken the lead in helping Hmong immigrants assimilate during his almost three decades with the county.

But at the end of May, it was a different scene as hundreds of people gathered in a raucous demonstration in the city's downtown.

The unlikely focus of the rally was Dylan Yang, a Hmong teenager who had been convicted of reckless homicide for killing another boy. Thirteen-year-old Isaiah Powell was armed with a BB gun during a confrontation in a Wausau neighborhood. Yang, then 15, stabbed Powell twice in the back. Despite his age, Yang was tried in adult court and faced 60 years in prison. Dylan Yang rally in downtown Wausau on May 31. Glen Moberg/WPR

The case had become a rallying cry in southeast Asian communities across the United States. Paula Yang of the National Hmong Sisterhood, no relation to Dylan Yang, had flown in from California. She decried the practice of trying juveniles in adult court.

"Reckless homicide, so how does that become a felony and serving an adult time?," she asked. "I have a hard time understanding that. What if he was your son?"

On stage, Brad Karger made a stunning statement of support, shouting "I am Dylan," before the cheering crowd.

"When I was 15 years old, my judgment wasn't particularly good," Karger said. "If circumstances were right, if I was in a bullying situation, who knows what I could have done."

When asked if he had gotten any negative response for his support of a convicted killer, Karger laughed and said, "Not yet, but I suspect that that will be coming."

It was coming. Karger’s action drew condemnation from law enforcement, and a 30-day suspension from the Marathon County Board.

Some, such as lifelong resident Gerald Borchardt, thought Karger should have been fired.

But for others, Karger's suspension opened old wounds. Cher Yeng Khang, in his 60s, had fought beside U.S. troops in Laos.

Speaking through a translator in his native Hmong language, Khang told the country board, "I'm here because I believe in the freedoms that we protected.  ...We don't have freedom, our troops died for nothing."

"Isaiah's death has also torn our family apart," she said. "My grandparents, my aunt, my siblings, our family will never be the same."

Prosecutor Lesli Pluster painted Yang as a gang member who committed a vicious crime against a 13-year-old boy who never saw it coming.

"He received two deep, hard stab wounds, one of them hard enough to lodge into his spine." Pluster said "And he was stabbed to death in front of his closest friends."

But others painted Yang as the victim of relentless bullying because of his Hmong heritage. University of Minnesota, Twin Cities researcher Kari Smalkoski said Dylan had been brutally beaten with a baseball bat while living in California, and the bullying continued when he returned to Wausau. "A group of boys told Dylan that they were going to rape his mother, kill everybody in his family, and shoot up his house." Smalkoski said.

Choking back tears, Yang asked Powell's family for forgiveness. "I have to live with this the rest of my life. I want you to know I'm very sorry for what I'd done," he told the family.

Judge LaMont Jacobson sentenced Yang to 13 years in prison and 17 years of supervision, far less than the 60 years he could have received. When asked for his reaction, Brad Karger praised the judge, and said "I accept his rationale." The conviction may still be appealed.

Dylan Yang's case remains a sad bookend for a year of celebration for Wausa's Hmong community, leaving lingering questions about whether juveniles should be tried in adult court.