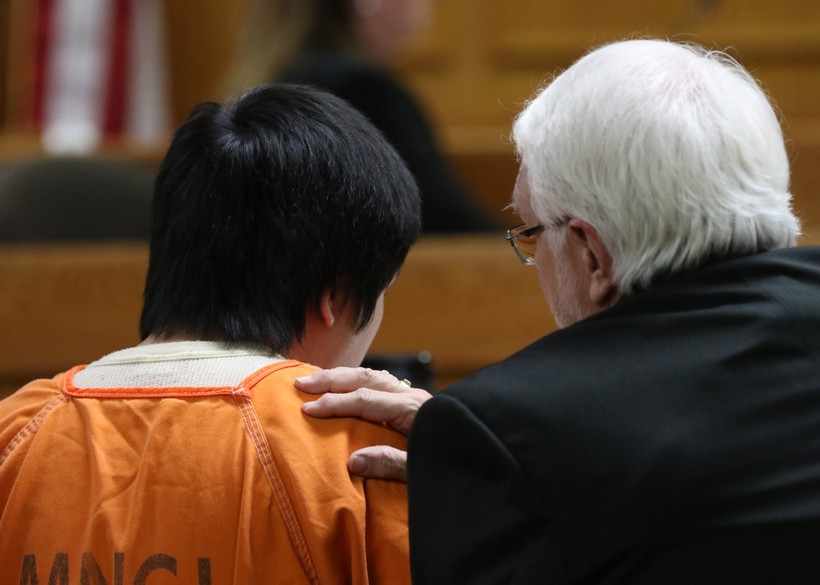 A 16-year-old Wausau boy has been sentenced to 13 years in prison for the stabbing death of another teenager in a case that has garnered national attention from Hmong community leaders and critics of the criminal justice system.

Dylan Yang was 15 when he killed 13-year-old Isaiah Powell by stabbing him twice in the back. In a Wausau courtroom Wednesday, Yang apologized to the victim's family.

"I have to live with this the rest of my life," Yang said, choking back tears. "I want you to know I'm very sorry for what I'd done ... If I had a chance, I'd change places with Isaiah's life."

But forgiveness was not an option for Powell's survivors, many of whom made emotional statements calling for justice.

The victim's grandfather, Tim Kiper, looked at Yang and said, "Isaiah would forgive you, because that was his nature. That's who Isaiah was. But I'm not my grandson, and I'm not sure that I can forgive you."

Kiper said Powell's mother and extended family were devastated by the killing.

Defense attorney Harry Hertel argued that at 15, Yang was an adolescent who lacked the emotional stability and judgment of an adult, and that putting him in an adult correctional institution would not only harm him, but could lead to a life of crime.

Witnesses testified Yang was bullied because of his Hmong heritage, including an incident where he was beaten unconscious with a baseball bat while visiting his estranged father in California. They painted a picture of a respectful young man with potential and a dream of going to college.

But prosecutor Lesli Pluster pointed to the brutality and premeditated nature of the crime, and evidence from the trial that Yang had gang ties and had gotten into trouble with drugs at an early age. Yang should be sentenced to 25 years in prison followed by another 20 years of extended supervision, Pluster said.

Marathon County Circuit Judge LaMont Jacobson instead sentenced Yang to 13 years in prison and 17 years of extended supervision. Jacobson said Yang could have defused the situation, but chose not to.

"Your reaction was to go into your house, grab a knife and stab Isaiah Powell twice in the back," Jacobson said. "Two stabs, that I would note, were both, I believe, in excess of seven inches in depth. As a result of your actions, and your actions alone, a young life was needlessly taken."

The case has attracted national attention from Hmong activists. A protest march in May drew participants to Wausau from across the country, who argued children should not be tried in adult court.

Marathon County Administrator Brad Karger sympathized with Yang at the protest, telling the crowd "I am Dylan." Karger was suspended without pay for one month by county board supervisors because of his action.