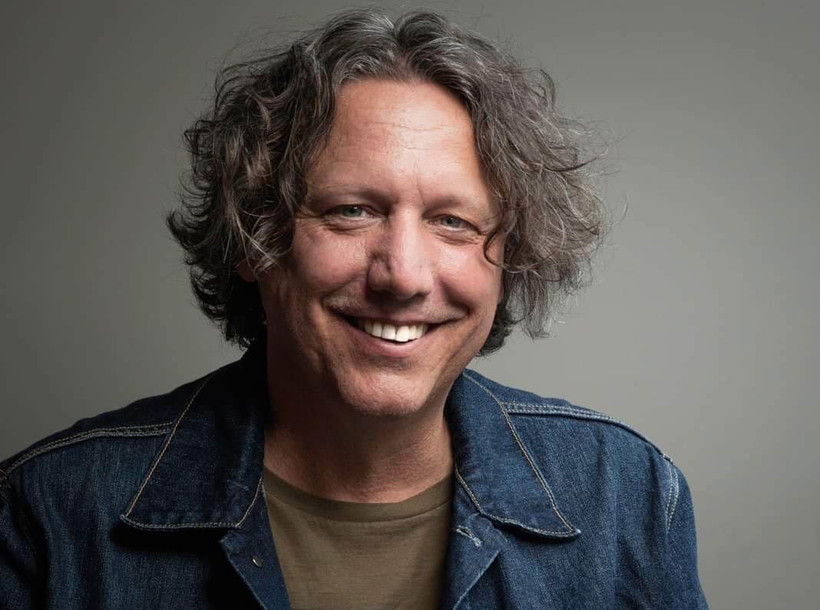 Drummer's Memoir Says Black Crowes Were 'Too Hard To Handle'

In the early 1990s, the Black Crowes were on top of the rock 'n' roll world. In a pop music scene pivoting from hair bands to grunge and hip-hop, the Atlanta-based blues rockers had positioned themselves apart from everyone, topping the charts and selling millions of albums.

Fronted by a pair of ever-feuding siblings — singer Chris Robinson and his younger, guitar-playing brother, Rich — the Crowes became known as much for their volatility as they were for their hit music.

But the Crowes' flights through fame and fortune were anything but a straight-line ascent.

So says drummer Steve Gorman, who has released his memoir, "Hard To Handle: The Life and Death of The Black Crowes," that details the meteoric ups and tumultuous lows that the legacy rockers experienced on their journey from local band to global megastars. Gorman's memior was co-written by Wisconsin-native Steven Hyden.

Gorman, a cofounder of the band, was there at the beginning of it all and remembers meeting Robinson the moment the drummer stepped off the Greyhound bus in Atlanta, having moved there from Kentucky in 1987.

"When I stepped off the bus, the first person that approached me was Chris," Gorman said told WPR's "BETA." "And my immediate thought was that he looked like Emo Philips."

"He was just a super skinny, big-nosed, rubber-faced guy with a clear sense of humor and a great wit, which was on display immediately, so we hit it off right away," Gorman recalled.

The next night, Gorman would attend a show of Chris Robinson's band, Mr. Crowe's Garden, which featured Rich Robinson on guitar. Gorman would get a firsthand look at the Robinson brothers' dynamic dichotomy on stage.

"There was an energy and very real vibe ... to that singer. Now, his brother, who is playing guitar, had the exact opposite effect. He was invisible and trying to be even more invisible," he said.

Still, Gorman couldn't help but be impressed by the results.

"There was no denying that that band had a vibe, they had something," he said.

Gorman and Chris Robinson would eventually become roommates and a few months later, Chris Robinson would ask the drummer to join his band. At first, Gorman was hesitant, not wanting to get in between the two brothers. Sensing their potential, he would ignore his internal compass and became a member of Mr. Crowe's Garden.

In the spring of 1988, the band would be discovered by A&M Records' George Drakoulias. The college roommate of Def Jam and Def American Records founder Rick Rubin, Drakoulias would land the band, which was now refashioned as the Black Crowes, and help with their debut album, "Shake Your Money Maker."

"Shake Your Money Maker" launched the Crowes into the stratosphere. The record featured four hit singles, with two of them, "Hard to Handle" and "She Talks to Angels," topping the pop charts. The album would go on to sell more than 5 million copies.

"At the time, it seemed perfectly normal because when you're that age, everything you do you go, 'Yeah, well, this makes sense.' Looking back now, it's completely absurd," Gorman said of the album's overnight success.

While the success of "Shake Your Money Maker" would make the Crowes household names, it also exacerbated the underlying tensions innate to the band's culture.

"For a few years as a local band, we would have blowups and we would have arguments and I would get caught in the middle and then I would be arguing with one or the other of them or both," Gorman said. "But in a local band, you do that and then you don't see each other for three days. That all ends when you put an album out and tour for a year and a half straight."

Gorman said that this unhealthy dynamic synthesized as the Crowes' new normal. He said that the pressure Chris Robinson felt being thrust forward as the face of the band was leading to a new toxicity behind closed doors.

"We weren't the kind of band that could talk about how we were feeling on a day-to-day basis. You got up, you put on your armor and you made sure you didn't turn your back on anybody," he said.

Gorman said his personal low point was touring in Tokyo for the band's second album, "The Southern Harmony and Musical Companion," where fatigue, alcohol abuse and the poisonous new normal finally led to a breakdown and a brief contemplation of suicide.

"I thought, 'If I just jump this would go away.' And thankfully, my immediate second thought was, 'Oh my God, what are you doing.' And I threw up. I got sick right there in my room," he said.

"A lot of this was fueled by Chris Robinson and how he was acting and treating everybody," Gorman continued. "The very essence of our band's community was toxic and I couldn't take it anymore."

The band's follow-up albums would be met with ever-decreasing fanfare and singer Chris Robinson was becoming better known for dating and eventually marrying Hollywood star Kate Hudson. Gorman was ready to leave the group until a chance meeting with Led Zeppelin guitarist Jimmy Page in late 1999. The legendary guitarist and the Black Crowes would collaborate on the live 2000 double album, "Live at the Greek," featuring live performances of Zeppelin classics. This pairing would re-energize the group, according to Gorman.

But as before, the good times wouldn't last. Page abruptly left the accompanying tour after a performance on "The Tonight Show with Jay Leno" ostensibly blaming an ailing back issue. Gorman would find out later that Page had offered to formally contribute to the Black Crowes' upcoming album and that Rich Robinson had rudely declined.

"(Jimmy) had had a conversation with Rich Robinson the night before he left the tour and that conversation made him question 'Why am I risking further damage to my back for a situation where this guy clearly doesn't appreciate me.' And it was a staggering, truly earth-shattering conversation to be on the receiving end of," Gorman said.

In 2013, after many fits and starts with reunion touring plans, the founding trio decided they would honor the 25th anniversary of the release of "Shake Your Money Maker" and formally say goodbye with a 2015 tour. As they were planning it, Rich Robinson and Gorman received an email from Chris Robinson's then wife outlining that he wanted to renegotiate the terms of their agreement.

"His terms were non-negotiable and our answer was 'no.' And, that was literally the end of the Black Crowes," Gorman said.

For his part, Gorman doesn't think either Robinson brother will ever pick up a copy of his memoir.

"I don't think either one of them is going to be at all happy with it, but they would never be happy with it regardless of what I wrote and what they're going to hate, is that someone else has the narrative."