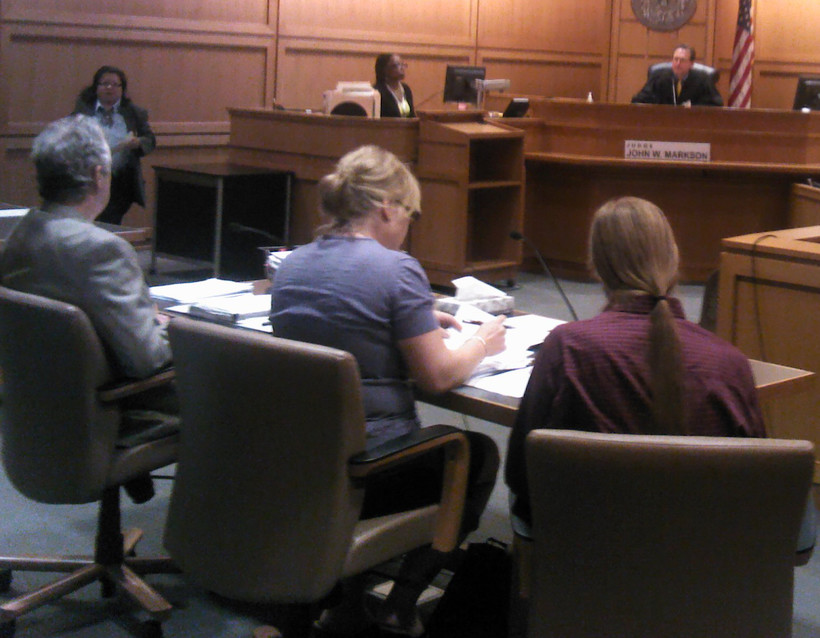 Drug Courts Give Heroin Users An Alternative To Prison

When heroin addicts are arrested for possession or another crime, some end up in drug court instead of being thrown in jail.

Drug courts are using a stick-and-carrot approach to help end the heroin epidemic. The carrot they offer is a chance to avoid a being locked up and keep a felony conviction off your record.

If you are accepted into the program you have to plead guilty to a felony, attend weekly court appearances and treatment sessions, and stay clean for four months. If you do that, the felony is wiped off your record.

"The theory is that their criminality is fueled by their drug addiction," says Markson. "If we can treat their addiction and remove the root cause of the problem, we're being smarter about how we deal with criminality."

The stick is the felony hanging over the head of a heroin addict. If a user violates the rules of the court too often, the charge they pled guilty to will be enforced and they end up in prison. A smaller version of that stick is used throughout the program.

Honesty is the key. Addicts aren't booted out of the program for using heroin as long as they don't lie about it. But if they challenge a positive drug test, they face a jail sanction.

Immediate punitive sanctions on addicts work according to supporters of drug courts - and the statistics bear it out. Nationally, 75 percent of drug court graduates don't commit any new crimes in the two years following their completion of the program. But positive reinforcement is also key. Drug court participants get positive reinforcement each week they remain clean and a lot of praise when they graduate.

Twenty-seven-year-old Jamie Burkhalter says counselors at the treatment center the court sent him to and the support of his girlfriend that helped kick the habit.

"I tried to quit numerous times," says Burkhalter. "It's going to continue to be a struggle. I'd probably be literally dead or in prison if it wasn't for her."

Another drug court graduate, Patrick Kempfer, has now been clean for four years. He says the addicts it works for have to accept what the program offers at face value and move on with their lives.

"They want you to respect your life enough to not throw it away - to not go do criminal activity, to not waste it using drugs - because they know that every using addict is like a little nuclear bomb that goes off and creates devastation in every direction," says Kempfer. "They're trying to minimize that by giving people an opportunity to care about their life."