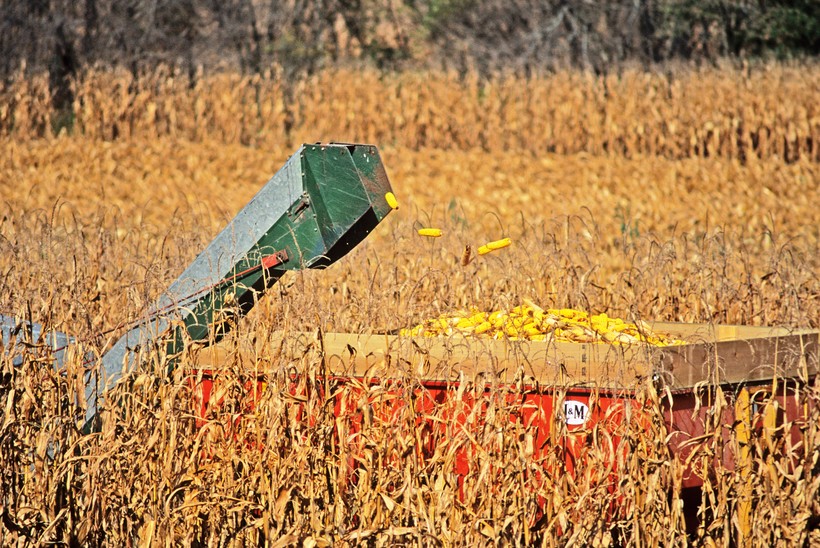 Drought Returns To Parts Of Wisconsin

Parts of western Wisconsin are once again experiencing a moderate drought.

A very wet spring took Wisconsin out of last year's devastating drought, but since about July 1 rainfall has been spotty in the western half of the state. The U.S. Drought Monitor has labeled western Wisconsin as abnormally dry, and counties in southwest and west-central Wisconsin are experiencing a moderate drought.

Todd Shea, a meteorologist with the National Weather Service in La Crosse, says the lack of rainfall in tandem with other factors have brought on what's called a flash drought.

"With all the plants and crops trying to get into maturity and stuff, you have a big demand for water in the soil," says Shea. "You combine that with the warm spell we've had, [and] it can change conditions very quickly."

Shea says they're not predicting extensive rainfall anytime soon, so the fall could start out rather dry - which is bad news for farmers. Eau Claire County University of Wisconsin-Extension Agriculture Agent Mark Hagedorn says farmers are already harvesting corn in order to salvage it before it becomes dehydrated.

"If you've got guys and gals chopping corn before the end of August - starting even a week ago - you know the corn crop is stressed and there's some real concerns as to what it will or won't do," says Hagedorn.

He says farmers end up with a smaller harvest and won't get as much return on their investment.

Hagedorn also says soybeans, alfalfa, and alfalfa grass are stressed by the drought conditions as well.

In the southern part of the moderate drought region, Vernon County's UW-Extension agriculture agent says farmers haven't experienced too many issues yet.

Cold, Flu, COVID-19 Or Allergies: Which One's Causing My Symptoms?
Wisconsin Legislature Asks US Supreme Court To Intervene In Federal Redistricting Case
Wisconsin Schools Called Police On Students At Twice The National Rate. For Native Students, It Was The Highest.
After Years Of Racist Slurs And Treatment, Former Baraboo Student Says 'A Weight Was Lifted' After Settlement Reached
USA Earns Landslide Ryder Cup Victory In Wisconsin