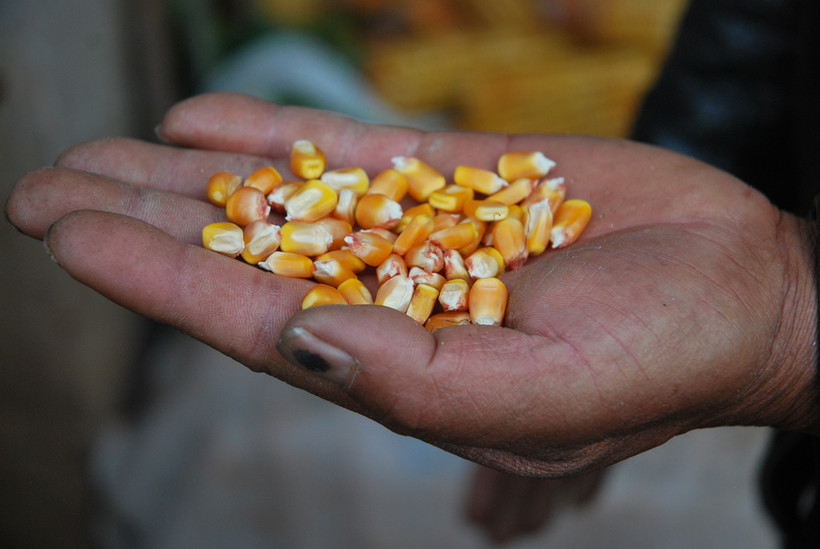 The drought during last year's growing season took a toll on crop yields. With Wisconsin farmers buying new seed corn for the next planting season, researchers are trying to give crops the best chance to fight off challenging weather in the future. These genetically modified seeds could soon be available in the Badger state.

Agriculture specialists say genetically-modified - also known as transgenic - seed corn, could be available as soon as next year. Wisconsin Corn Growers Association Executive Director Bob Oleson says there are plenty of normal hybrid seed corn that "kind of" fight off the drought. He says transgenic seeds could prove to do even better in the fields, due in part to the plants' ability to find moisture. "The drought-resistant corn is more than a variety; it's a corn bred with genes in it to resist drought, to root deeper, to take it a little easier on itself when it's hot."

Despite its advantages, GMOs have plenty of critics, especially within the organic industry. Joe Pedretti is an educator with the Midwest Organic Sustainable Education Service. He says transgenic seed corn is expensive, and doesn't outperform normal hybrid seeds. Pedretti says there are also concerns over whether food made from GMOs is safe. "In the organic world, we don't use GMOs because there are those question marks and because consumers have a lot of concerns and questions about its safety issues."

The debate is ongoing, but the seeds are already on sale in some western states, including Nebraska and Kansas.