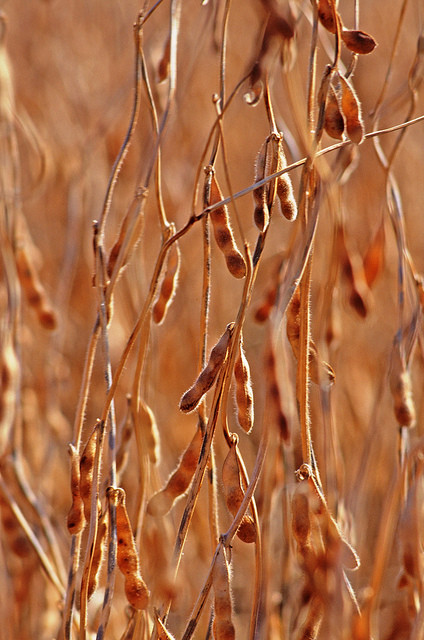 The ongoing drought in southwest Wisconsin is affecting farmers in different ways. For soybean growers it has made a common problem worse.

It is called shattering. Hot weather can dry out soybean plants, to the point where sometimes the seed actually outgrows its pod, and cannot be harvested. It is a bad time for farmers to have the problem since right now they are getting a good price for their soybean crop.

UW Extension Soybean Specialist Shawn Conley says southwest Wisconsin has been hit especially hard. "Those are some of the highest producing counties in the state of Wisconsin; those are ones being the hardest hit."

Crop damage is costing soybean farmers money. Some estimate they are losing up to $90 an acre worth of soybeans to shattering.

Gerad Crubel in Grant County is harvesting 600 acres of soybeans. He says he has seen shattering before, but not like this. He is looking at more than $50,000 in soybean crop damage. "I mean there's beans shattering every year, this year because of the dryness I think it's going to be worse, almost twice as bad."

Conley says farmers should act quickly to harvest their soybeans. He predicts more dry weather in the days to come.