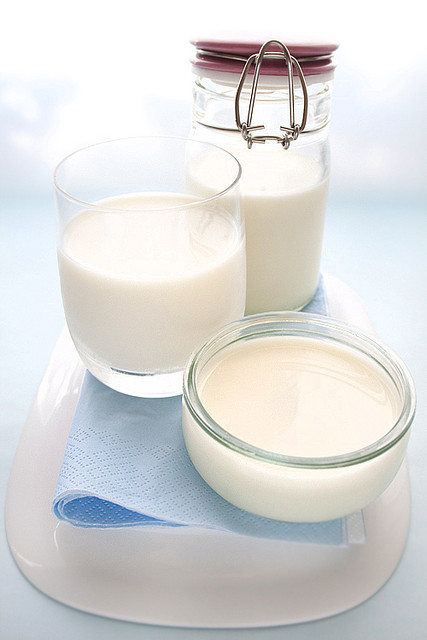 Drought Could Cut Into Milk Profits

This summer's drought is turning out to be a mixed blessing for dairy farmers in Wis. The price farmers earn for their milk is expected to rise, but drought-related costs could eat into their potential profit.

The drought of 2012 has left some agriculture experts wondering if milk production will slow in the state. That may drive up market prices to as high as $20 per 100 pounds of milk. That means more money for farmers. However, with the drought wiping out portions of crops, many are also paying more for feed.

Richard Gorder is a dairy farmer in Iowa County, which has been hit hard by the drought. He is predicting that much of his corn will be lost due to the drought. He says he will likely have to buy at least some feed for his animals. "I think it's important to understand that just because one gets high prices it doesn't necessarily equate into profit. The margins are going to be very, very tight going into the winter and through the winter and spring months."

Trempleau County dairy producer Joe Bragger saw decent rain this year, so he is not predicting he will have to buy feed for his cattle. He says he is luckier than other Wisconsin farmers he knows. "There are going to be some tough choices that a lot of farmers are going to have to make. Livestock producers looking into the next year first off do they have enough feed if they don't have enough feed can they afford to purchase that feed?"

Bragger says he has come across some unplanned expenses. He says the cost of soybean meal-with is a feed supplement- is expected to be twice as expensive then he originally planned.