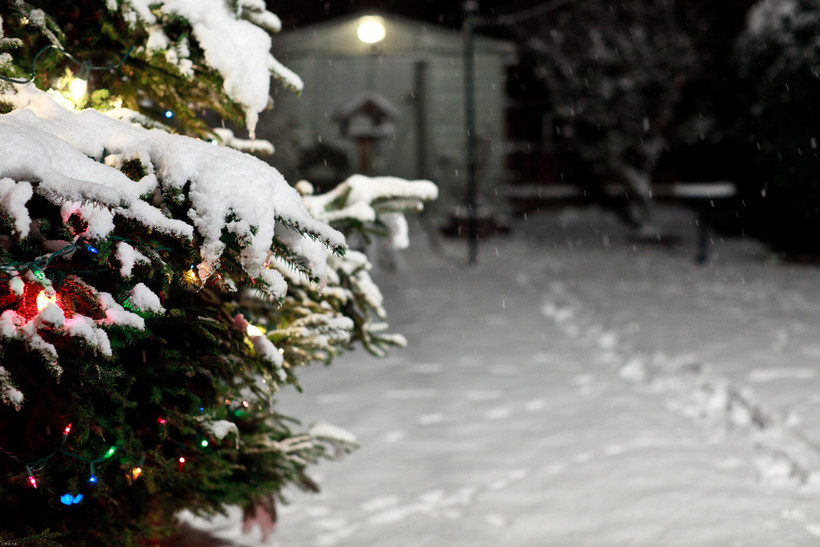 Dreaming Of A White Christmas? Don't Count On It

The upcoming winter is expected to be a warm one — too warm for anyone to realistically count on a white Christmas, according to one meteorologist.

"Right now, I’d give the state a ballpark of maybe 40 percent up north and maybe 10 percent down south," he said.

The main reason for the snow-averse conditions is a strong El Niño pattern, which is making it more likely that winter temperatures will be high and precipitation will be low. That will be particularly true in the months of January through March, said Franzen, but even December — which comes on the heels of warm November and October temperatures — will be affected.

"It’s going to be a while before we see that traditional very cold weather hit," he said.

Franzen said December, considered by meteorologists to be the start of winter, is likely to stay in the 40s for most parts of the state for the near future, with snow from Monday's storm system in the Chippewa Valley liable to melt.

The state will see occasional brief cooldowns into the 30s, he said, though those temperatures won't last more than a day or two until near Christmas itself.

"That may be the better chance to get some colder weather that’s going to stick around," he said.

Franzen has one ray of hope to offer anyone disheartened by the news: There's a possibility that a Dec. 23 snowstorm will dump a few inches of snow that could stick around "just long enough" to keep the ground covered through Christmas Day.

Franzen also noted it's likely that many of this winter's snow events will be more extreme than normal. Moreover, it's still possible the state would see occasional periods of bitterly cold temperatures as air from Canada slips south for "a good three or four days."