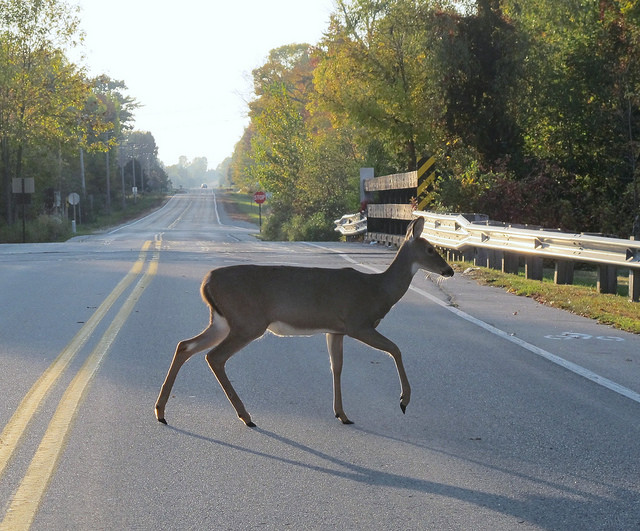 DOT Officials Give Tips On How To Prevent Deer Collisions

Officials with the Wisconsin Department of Transportation are warning drivers to be on the lookout for deer this June, when collisions between the two are expected to peak.

While drivers might be more used to watching for deer in the fall, David Pabst, state Bureau of Transportation Safety director, said on Monday that June was a time of heightened deer activity and therefore, a time of greater danger for motorists.

“They’re dropping their fawns and looking for a place to give birth,” he said. “Then, the young deer that were born last year are separating and they’re inexperienced at dealing with traffic and roads.”

Combine that with drivers who aren’t necessarily on the lookout for deer crossings, he said, and there's a recipe for big increases in crashes in June.

As for what to do if a crash does happen, Pabst said drivers should get their vehicles as far off the road as they can. Furthermore, they shouldn't get out of their vehicles as they could still be in danger of being hit by other cars or kicked by injured deer.

Calling 911 is generally a good idea, he said.

“Some people don’t want to call 911 when they hit a deer because they don’t think it’s an emergency,” Pabst said. “But if there’s a deer in the middle of the road and your vehicle is disabled, it is an emergency and feel free to use 911.