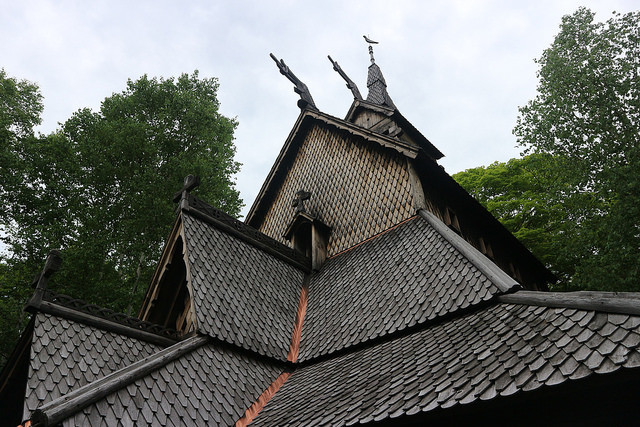 A piece of artwork has gone missing from Washington Island's Trinity Lutheran Church and members are wondering who stole it and why.

Pastor Alan Schaffmeyer says the 8.5 inch by 11 inch work was a reproduction of a Byzantine-era icon and was donated 23 years ago to the Stavkirke chapel. The chapel is built in the traditional Norwegian style, using no nails, instead it is made entirely of wood fitted closely together.

The piece went missing in June and Schaffmeyer said he thinks it is probably gone for good.

"It is small enough that somebody could pack it away and nobody would know they had it with them," he said.

Washington Island has only 700 year-round residents. It is located off the tip of the Door County peninsula and is only reachable by boat.

Schaffmeyer doubts the work has any meaningful monetary value but said it was a part of the Stavkirke chapel, which is used mainly for an annual Easter celebration as well as for weddings and small ceremonies like christenings.

He said the icon has a picture of Jesus in the center and representations of the Gospels.

"There is an eagle, an ox and lion and then a human," he said describing the painting. "Those were, by the Church, later interpreted to be the four Gospel writers: Matthew, Mark, Luke and John."

The Stavkirke chapel is left open and is accessible to the public. An unofficial caretaker and church volunteer, Richard Purinton, said there has been talk of closing the chapel overnight, but he hoped it won’t come to that.

"That was the whole point behind building it was having it serve as a church and outreach place where people could meditate and learn about church construction at least in Norway in the past," Purinton said.

Puriton has contacted the original donor of the piece and said the family is willing to replace the stolen icon which was made of painted wood.

"It is more the fact of what it represents and the fact it had been there for 23 years untouched and so it’s a prankster or somebody who really has no consideration for such things," Puriton said.

In the meantime Schaffmeyer and his congregation are wondering why someone would steal from their church.

Anyone with information on the theft is encouraged to call Trinity Lutheran Church at 920-847-2341 or the Washington Island Police Department at 920-847-2355.