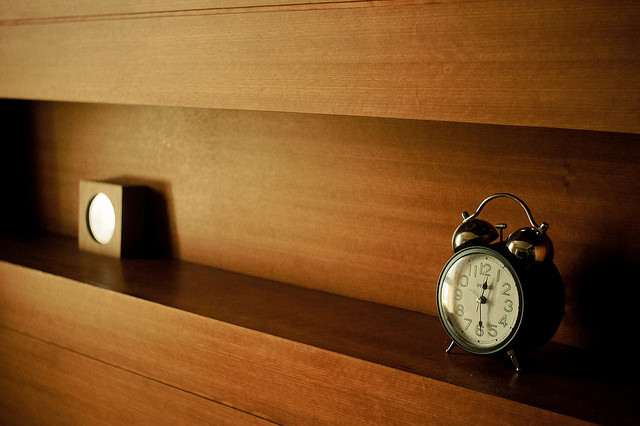 Don't Snooze That Alarm: Tips For A Successful Morning Routine

Author: Having A Morning Routine Is Beneficial, Even If It Sometimes Doesn't Go As Planned
By Elizabeth Dohms-Harter
Share:

U.S. Army Gen. Stanley McChrystal typically wakes up at 4 a.m. He doesn't eat breakfast, but he does make sure to get in a morning run.

Biz Stone, co-founder of Twitter, spends his mornings playing Legos with his son. Conversely, getting right down to business is L. Rafael Reif, president of the Massachusetts Institute of Technology, who checks his email right after drinking a glass of water.

Featured in "My Morning Routine: How Successful People Start Every Day Inspired," the rituals established by McChrystal, Stone, Reif and 61 others prove that what works for some doesn't work for others.

Regardless of what people's morning routines look like, just having one is a positive step, said Benjamin Spall, co-author of the book.

"Mornings give you this blank slate that you can then kind of bring into the rest of the day," he said, defining mornings as the time between waking and transitioning to the next part of the day.

Spall, also a founding editor of the website My Morning Routine, said mornings should be calm and peaceful in juxtaposition to what oftentimes comes next — a chaotic and stress-filled workday.

To ensure a placid morning, Spall recommends the following:

Quick bouts of exercise or meditation will do the trick.

You'll be more likely to stick with exercise as part of your routine if you try something that takes about 10 minutes. Running for an hour in the morning, for example, is unsustainable for most.

Having gained some popularity is the "7-Minute Workout"  by the New York Times. It's "surprisingly hard," Spall said, noting it's something that can easily fit into a morning routine.

If you don't think your morning exercise is making an impact, you can always increase the time spent on it.

Don't keep your phone in your bedroom.

Spall takes this advice a step further by turning his phone on airplane mode to prevent any messages or notifications from getting through. Some people might use their phone as their alarm clock, but Spall warns that looking at your phone to silence the alarm makes it much easier to check messages that have accumulated over the night.

"It's much easier if you can use a standard alarm clock and keep your phone out of your bedroom," he said.

Checking your email right away also can elicit positive or negative feelings, either of which moves away from the goal of a calm, neutral morning.

That means you're already starting your day at a loss, Spall said. Instead, set your alarm clock to sound at the latest possible time you can wake up, and get up at that time.

The majority of people need between seven and nine hours of sleep. Some require less, but they're rare, Spall said. He recommends people establish good sleeping habits before setting a morning routine.

If you end up with a shorter amount of time in the morning, that's OK. A condensed routine is still beneficial.

Prioritizing sleep also connotes being well-rested. One of the interviewees in Spall's book said he brings black tape with him on trips to cover up any blinking lights that could distract him while he's trying to sleep. Others use earplugs and eye masks.

"Just try them out if you've never used them," Spall said of earplugs and eye masks. "They're such a great way to get a good night sleep."

One trick to help you fall asleep is to warm your body up, for example by taking a warm shower at night. Spall said the heat itself doesn't make you tired. What does make you tired is your body exerting energy to cool you back down to regular body temperature.

Be kind to yourself over missed routines.

When you skip part of your routine, remind yourself that you can come back to it tomorrow. It's unhealthy to beat yourself up over it. If you're traveling, keep your habits healthy, and just return to your routine when you get back home.

If you're having an unproductive morning, embrace the setback, Spall said.

"Think, 'OK, it's not going so well today,' and just remember the bigger picture and get back to it tomorrow," he said.

For those with kids, try to wake up before they do.

"It's definitely much harder to have a positive morning routine when you have kids," Spall said.

Waking up before the kids do will give you time to yourself, even if it's just a half-hour. Kids thrive on routine, so establishing one in the morning will benefit them just as much as it will you.

Make few decisions in the morning.

Don't get burned out by decision fatigue before you've had your morning coffee. For example, set your clothes for the day out ahead of time so you don't need to make that decision in the morning.

Not making as many decisions right after waking is "a great way to actually keep those decisions handy for more important things," he said.

So how do you know if your morning routine warrants a shake-up?

"If you see this figure that's running around, hurried, you're spilling coffee on yourself and checking your phone, that's probably a sign that you need to change things up," he said.

My Morning Routine: How Successful People Start Every Day Inspired

My Morning Routine: How Successful People Start Every Day Inspired