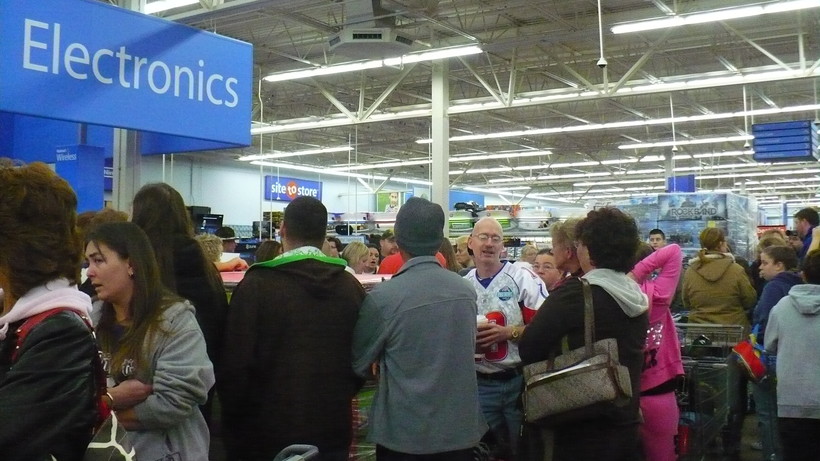 A University of Wisconsin retail expert said stores will continue to open their doors on Thanksgiving Day unless customers promptly take action to stop the practice.

A growing number of retailers, including Wal-Mart, Macy’s and the Menomonee Falls-based Kohl’s, have announced their plans to begin Black Friday deals a day earlier. That’s not sitting well with people who say Thanksgiving Day should be about spending time with family instead of getting a jump on holiday shopping.

“I think it's sad that we can't even have one day where people can spend time with their families,” wrrote KatelynTim on the Joy Cardin Show Facebook page.  “What ever happened to enjoying time off, having a holiday, celebrating with family? Where did that go?  And why is it gone?”

Jerry O’Brien, executive director of the Kohl’s Department Stores Center for Retailing Excellence at the UW-Madison’s School of Human Ecology, said he has an answer.  He said that retailers are giving customers what they want, as was evident by the full parking lots and busy checkout lanes last Thanksgiving.

“It’s not surprising that more (retailers) are joining the trend,” said O’Brien.  “The key at this point is the people who are complaining really have a way to affect this.  We all vote with the way we spend our money.”

As for why this retail movement is happening, O’Brien said stories are looking at the economy.

“In the last few years, there has not a been a big growth in the spending ability of consumers in the U.S., so then the key is, ‘How do I get you to spend money at my establishment before you run out of money?’" said O’Brien. “’The earlier I can get my ads to your attention and get you into my store, the better chance I have of getting a bigger share of your wallet.’”

Part of the appeal for retailers opening on Thanksgiving Day, according to O’Brien, is due to there being fewer shopping days before Christmas, including one less weekend.  O’Brien said that fact adds a sense of urgency to retailers because as much 25 percent of all business for the year happens between those two holidays, and that it’s difficult for retailers to sit while their competitors operate.

O’Brien said he remembers when “early” used to mean 7 a.m. the day after Thanksgiving.  Then it became 4 a.m.  Then midnight.

This year, Target is opening at 8 p.m. on Thanksgiving Day and Best Buy at 6 p.m.  Further, the Gap reportedly plans to open more than 900 Old Navy stores from 9 a.m. to 4 p.m., then reopen most of them at 7 p.m. until the end of Black Friday.

He said there’s certainly the possibility that more stores will open even earlier next year, but that retailers will need to carefully consider their employees’ desire for family time.

Last year, O’Brien said the pushback to Thanksgiving Day hours primarily came from retail workers, but expects there to be more public resistance this year.

Nordstrom and Costco have both announced they will remain closed on Thanksgiving Day.  In an email to the Huffington Post, Paul Latham, Costco’s vice president for membership and marketing, wrote that their employees work very hard during the holidays and “deserve the opportunity to spend Thanksgiving with their families.”

O’Brien said for people opposed to Thanksgiving Day shopping, they need to act now before it’s too late.

“I don’t know that we’d ever get this back if it isn’t changed soon,” said O’Brien.