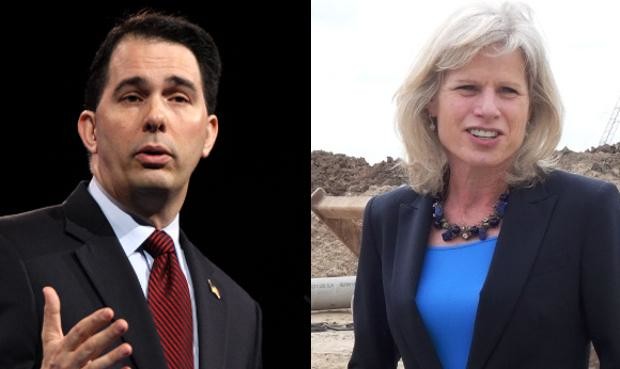 Does Walker Have An Incumbent Advantage?

With five weeks left to the November elections, Republican Gov. Scott Walker and his Democratic challenger Mary Burke remain close in the polls, but a University of Wisconsin-Madison history professor says he thinks a close race could go Walker’s way if the race remains close into the final week.

John Sharpless, a history professor who ran as a Republican against then-U.S. Rep. Tammy Baldwin in 2000, said on Friday that such an advantage had nothing to do with voters’ partisanship. Instead, he said, it was an inherent advantage incumbents had going for them.

“People in doubt in the very last week of close elections tend to go for the incumbent,” he said. “It has to do with the power of incumbency and name recognition.”

The latest Marquette University poll gave Walker a 5-percent advantage over Burke — the first time either candidate has had a lead larger than the poll’s margin of error since March. Walker has seen increased support from independent voters since September's Marquette poll.

Sharpless dismissed those voters as “unreliable,” however.

“I think sometimes parties waste too much money on independents,” he said. “A lot of people are independent because they have no political center. They’re not driven by anything.

Former state Sen. Joe Wineke, also former chair of the Democratic Party of Wisconsin, said he was skeptical  that incumbency would protect Walker in November’s election.

“I would say you are right in 85 percent of the cases, but this state has become so polarized, so partisanized,” Wineke said. “If I were Scott Walker, I’d be nervous about the fact that I can’t get over 47 percent approval.”