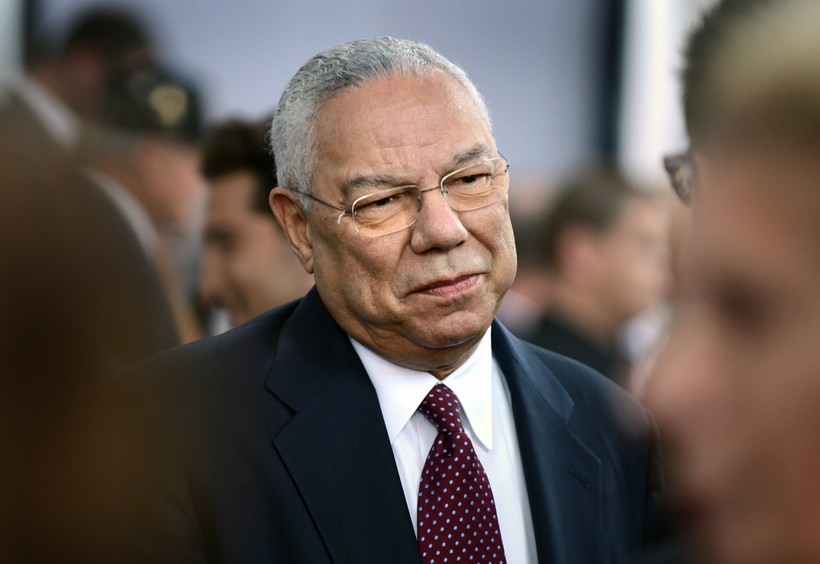 A new PBS Frontline documentary set to premiere next week makes the case that the Islamic State group might not have risen to power in Iraq and Syria had the highest-ranking officials in the Bush administration never elevated the importance of one rather obscure jihadist.

The film's writer and producer, Michael Kirk, a Peabody Award winner who has spent years reporting in Iraq, said U.S. officials routinely ignored counterterrorism intelligence. He said it's a story of unintended consequences compounding over time in catastrophic and tragic ways.

Kirk said the story begins with Abu Musab al-Zarqawi, the militant Islamist who is often recognized as the founder of the group that would go on to be known as the Islamic State group, also know as ISIS or ISIL. Zarqawi was a common thug and pimp, said Kirk, with so many tattoos across his body that he was referred to as the "Green Man." His radicalization began after being imprisoned, a familiar story for many terrorists who served in U.S. prisons like Abu Ghraib and Camp Bucca.

"Those prisons have taken on this new name, which is 'Jihad Universities,' where guys like Zarqawi, thugs straight off the street go into a prison and are radicalized and become jihadis, to such an extent that Zarqawi takes a razor blade and scrapes the tattoos off of his body in a kind of purification moment," Kirk said.

Once out of prison, Zarqawi decides to meet with Osama bin Laden in Kandahar, Afghanistan, to learn more about al-Qaeda -- this was before the Sept. 11, 2001, terrorist attacks. But Zarqawi is mostly dismissed by bin Laden for being too thuggish, said Kirk.

Zarqawi subsequently decides to move on to a camp in Iraq where terrorists are building rudimentary chemical weapons and ricin and set on using them. By the spring of 2002, Kirk said counterintelligence officials at the CIA know about Zarqawi and his weapons-making camp. The agency recommends taking out Zarqawi, but according to Kirk, the Bush administration didn't see him as a problem. Instead, he said, U.S. officials wanted to use Zarqawi as a link between Iraqi dictator Saddam Hussein and bin Laden to ultimately sell the American people on invading Iraq.

That link, said Kirk, becomes fortified in a speech by U.S. Secretary of State Colin Powell to the United Nations in 2003. Powell mentions Zarqawi's name 21 times and speaks about the terrorist for about seven minutes. In each reference, Kirk said Powell connected the dots between bin Laden and Hussein, even though no real link existed.

"A lot of people say that speech turned the tide and gave the Bush administration the real justification in public relations terms, at least to go forward and invade Iraq," Kirk said. "And really, they make (Zarqawi) heroic, in the terror world he becomes a rock star."

Kirk said one of the mysteries about that remains is who exactly wrote the speech. Unbeknownst to Powell, Kirk said Vice President Dick Cheney's staff wrote the speech's first draft, a draft that prominently linked bin Laden and Hussein through Zarqawi. However, Powell rejected it after vetting it's veracity with CIA officials. But Powell's speech actually caught many CIA officials off guard, reports Kirk. They didn't know where much of the material was coming from.

"One wonders what would've happened if Zarqawi had not been the centerpiece of a big section in that speech," Kirk said.

The documentary, "The Secret History of ISIS," airs Tuesday night on PBS. While it concentrates on the events that led to ISIS' rise in power, it also examines how the Obama administration also failed to thwart the terrorist group.