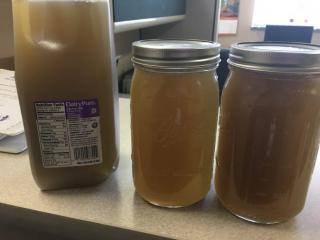 La Crosse is one of several counties in the state dealing with known contamination in private wells.

"(Evers has) put his money where his mouth is," Cole said. "We’ve dedicated additional monies for lead lateral replacement in our cities, towns and villages, bonding authority for runoff contamination and a number of other insights and dollars and opportunities on the Back 40. Our rural communities are in dire straights."

Cole said investments in current infrastructure, like treating wells or replacing lead pipes, are needed to improve water issues. But he said it will take more than one approach.

Cole said he hopes to work with all stakeholders, including farmers and manufacturers. He applauded La Crosse county officials for involving different industries in their effort to address local contamination issues.

Tara Johnson, chairwoman of the La Crosse County Board of Supervisors, said she was encouraged by Evers’ budget proposal.

"Here in La Crosse County, we want to be in partnership with the state and we, maybe for awhile, have felt like we’ve been single-parenting a little bit. That we’ve been carrying our side of the work and continuing on a daily basis to provide great public health and all the other services that counties provide," Johnson said. "It really felt for the first time in a long time that we were getting the second partner in this work."

Evers’ budget will have to make it through the Legislature, where it faces an uphill battle with a GOP majority that has already been strongly critical of it.

"To me, it's a thousand-page press release, not a budget," Sen. Majority Leader Scott Fitzgerald, R-Juneau, said Thursday. "A lot of the items that the governor ticked off I think were kind of the greatest hits of the Democrat party."

Republican leaders say they plan to build their own budget instead of taking up Evers’ proposal.