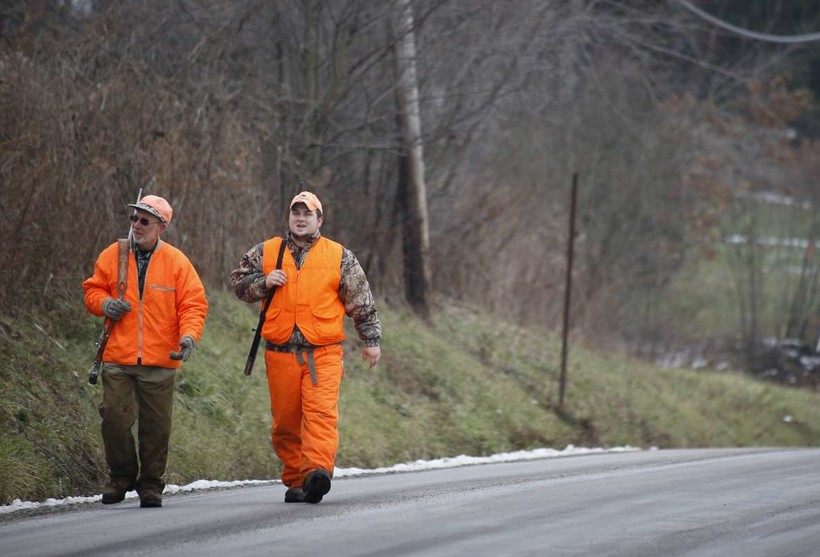 DNR Plans To Present Season Structure To Board On May 22
By Rich Kremer and The Associated Press
Updated:
Thursday, May 9, 2019, 3:00pm
Share:

State wildlife officials' 2019 deer hunting structure doesn't include any buck-only counties for the first time in a decade, a sign deer are becoming more abundant, especially in northwestern and southern Wisconsin.

The state Department of Natural Resources plans to present a season structure to its board May 22 that doesn't impose any buck-only requirements in any county for the first time since 2009.

DNR officials said in a memo to the board that no county deer advisory council requested such a designation. The councils are made up of delegates from the Conservation Congress and representatives of stakeholder groups and local government.

The memo said many council members are expressing growing frustration with trying to maintain or decrease the herd in farmland management zones in northwestern, southern and central Wisconsin.

Buffalo County Deer Advisory Council members recommended an antlerless-only hunt in hopes of raising awareness about a lack of tools to reduce deer herd numbers. That recommendation caused controversy among hunters and guides because Buffalo County is known as a destination for hunters seeking trophy bucks.

Buffalo County Deer Advisory Council chair Mark Noll said hunters in the county need to kill 6,000 antlerless deer to make a dent in a fast-growing deer population. He said council members didn't want an antlerless-only season and only suggested it to begin a discussion about making more deer management tools available to counties.

"Our committee unanimously knew that this antlerless-only season was not a workable option," Noll said. "We threw it out to just expose this as not being a tool for us to use and to raise the level of discussion that we do need some new tools."

Noll said the current options to reduce deer numbers include extending an archery hunt and offering bonus antlerless-only tags to hunters who shoot a buck. He said he would like to see lawmakers and the DNR bring back the Earn-A-Buck program, which required hunters to shoot an antlerless deer in order to get a buck tag. Lawmakers eliminated Earn-A-Buck in 2011 and blocked the DNR from using it in the future.

Lawmakers who backed the elimination of Earn-A-Buck said the move was in response to frustration among hunters. State Sen. Tom Tiffany, R-Hazelhurst, said that Earn-A-Buck was so unpopular hunters with the Conservation Congress voted two years in a row to remove the measure.

"I would never rule out making changes but when I talk to people yet across the state they still have a very bad taste in their mouth about earn-a-buck from a decade ago," Tiffany said.

"One of the problems in Buffalo County at this point is it’s become a trophy hunter's paradise and it’s a great place to hunt," Tiffany said. "But they have to get to people and convince them that they’ve got to shoot some antlerless deer also and there are ways to do it."

He also said he has heard some landowners in Buffalo County with high deer densities haven't opened their properties to hunters and without that kind of cooperation bringing back Earn-A-Buck wouldn't make much of a difference.