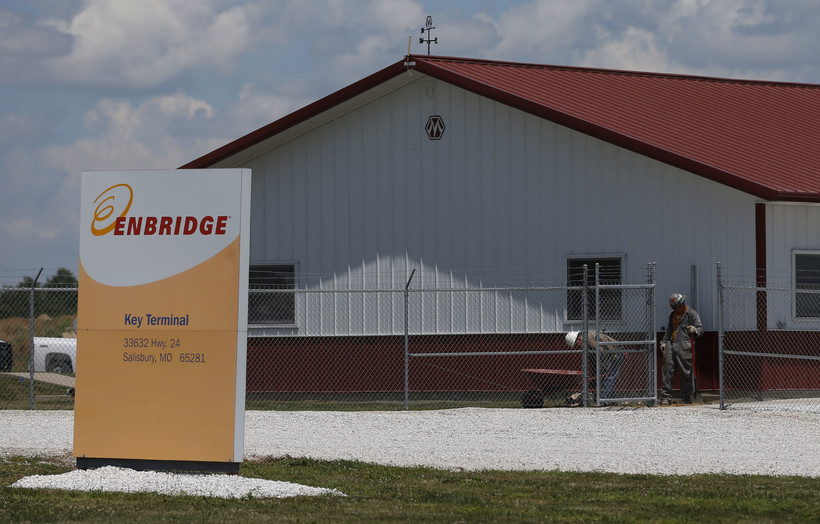 Construction Timeline For Line 3 Replacement Not Yet Set
By Danielle Kaeding
Share:

Wisconsin is moving ahead with permitting an energy firm’s project to replace part of an aging oil pipeline in northern Wisconsin.

The Wisconsin Department of Natural Resources has signed off on a waterway and wetlands permit for Enbridge Energy’s Line 3 replacement project, said Ben Callan, a DNR water management specialist.

Enbridge will replace a 14-mile stretch of its 1960s-era pipeline in Douglas County with a new line, with a 36-inch diameter, designed to carry up to 760,000 barrels per day. Enbridge has been operating the pipeline at reduced capacity because of anomalies discovered during integrity tests.

"What we require in our permit ... is that those construction activities minimize the potential for sediment load downstream, disruption of fish and invertebrates and their habitat, and ensure that those temporary impacts are restored to the pre-existing conditions after construction," Callan said.

He added the consultant will oversee construction on a daily basis to ensure compliance with state requirements, including erosion controls and protections for threatened or endangered species.

"Our Natural Heritage Conservation Program worked with Enbridge and their consultants to ensure that the proposed activities don’t result in a significant impact to those listed species," Callan said.

Enbridge spokeswoman Shannon Gustafson said they’re reviewing the permit and final environmental impact statement from the state. She said they haven’t set a timeline for construction.

"Our construction schedule in Wisconsin will also be dependent on our outstanding Army Corps of Engineers permit, which we hope to have in hand in the next couple of weeks," Gustafson said.

A spokesman for the U.S. Army Corps of Engineers said they’re still waiting on the final environmental impact statement and water quality permit from Wisconsin before making a decision. Once they have it in hand, the spokesman said it might take up to a month to review whether they'll issue a permit.

The permit for Line 3 didn’t include any permitting action for the proposed Sandpiper pipeline. The state conducted a joint impact statement for the two projects, but permitting delays and opposition in Minnesota have postponed action on the project. Line 3 and Sandpiper aren’t expected to be in service in Minnesota until 2019.

However, Gustafson noted the Sandpiper project is being evaluated following a decision earlier this month by Enbridge to invest with partner Marathon Petroleum Corp. in the Bakken Pipeline system in North Dakota. The investment allows movement of Bakken crude to the eastern Gulf Coast.

"We’re just evaluating whether Sandpiper continues to meet the needs of moving Bakken crude out of North Dakota," she said.

Gustafson declined to speculate on the future of the Sandpiper project. She said a decision on whether it will move forward is expected to be made this fall.