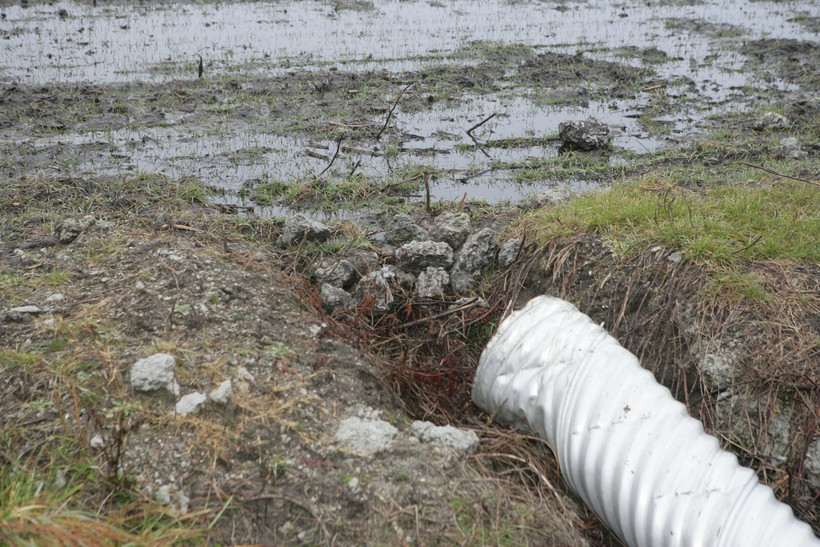 A Wisconsin Department of Natural Resources plan to limit manure spreading in about 15 eastern Wisconsin counties is getting a tentative thumbs-up from some environmental groups.

The proposed regulations target more than 87,000 acres of farmland, according to the Milwaukee Journal Sentinel. The land lies over fractured bedrock, which can serve as a pathway for manure to get into aquifers and taint drinking water.

The rules include certain practices farmers must follow, such as avoiding certain areas to reduce the possibility of polluting groundwater.

Currently, regulations are uniform across the state. Special action must be taken in eastern Wisconsin in order to meet the groundwater standard, according to the department.

Scott Laeser of Clean Wisconsin told WPR on Tuesday the proposal released this week will encourage farmers to make adjustments.

"What these rules will hopefully do is require farms to keep that manure farther away from people's wells and other vulnerable features, put less out at a time, and also focus on when the manure is going out," Laeser said.

He said it's risky to spread manure just before a lot of rain, or the melting of snow.

One of the counties where the rules would be in effect is Kewaunee, where pollutants going through thin soils have caused major problems in groundwater. Some surface waters are also impaired.

Two Kewaunee County activists share Laeser's guarded optimism. Lee Luft, a Kewaunee County board member, said if the final DNR package reflects recommendations of a study group that's been working on the issue, then there will be a big improvement.

Lynn Utesch added that the group Kewaunee Cares will be weighing in to support the plan during a DNR public comment period on an economic impact analysis.

Utesch said he worries large farms will complain about potential costs of the proposed changes.

The Wisconsin Dairy Business Association said it wants to make sure the state plan is practical for farmers to implement.

According to the DNR, a public hearing on the proposal will possible take place in September and is hoping to send final rules to the state Legislature in January 2018.