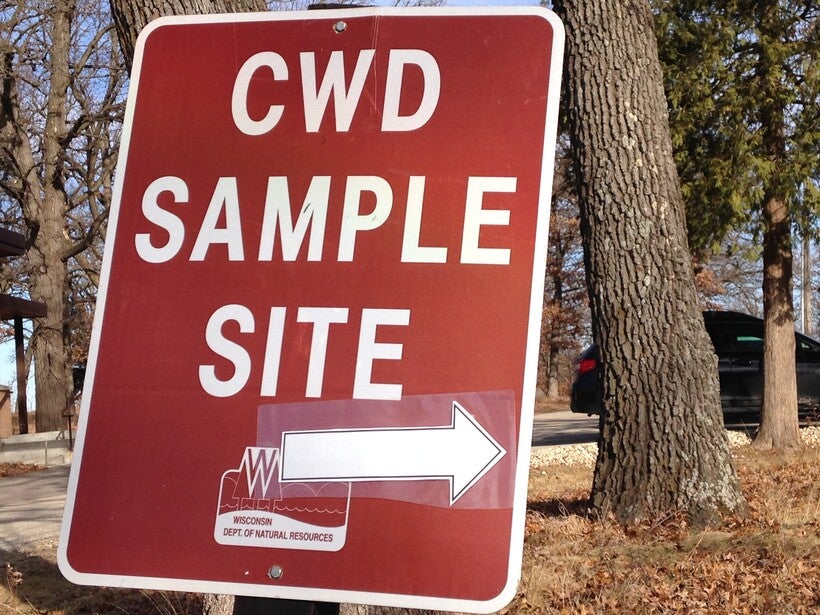 The Wisconsin Department of Natural Resources is expanding efforts to address management of chronic wasting disease as bowhunting season begins this month.

Since its discovery in 2002, the fatal deer disease now affects 56 of the state’s 72 counties.

The DNR is planning to construct a new center in Poynette for processing CWD samples next year, as well as supporting research into the disease. The research focuses on composting deer carcass waste and transmission and persistence of CWD prions, which are abnormal proteins that spread the disease.

The agency also plans to step up education and public outreach with hunters and make it easier for hunters to sample and dispose of deer. The DNR announced in August it would be expanding its Adopt-a-Kiosk and Adopt-a-Dumpster programs to assist with deer sampling and disposal.

Bonde said the WCC’s CWD subcommittee emphasized public education and tools to help deer hunters prevent the spread of CWD statewide, which would include giving out CWD brochures and including them with every license sold. The committee also recommended making information on the DNR website more accessible.

Bonde said hunters want to be part of the solution, noting the state can’t regulate its way out of the problem.

"We’ve got to be very careful not to make rules and laws that put people who are trying to do the right thing in violation," said Bonde.

Last year, deer hunters and farmers voiced concern over proposed emergency rules to manage CWD that were introduced by former Gov. Scott Walker. Walker asked the Wisconsin Department of Agriculture, Trade and Consumer Protection and the DNR to examine emergency rules for deer farms that would’ve required additional fencing of deer farms. He also requested the two agencies restrict the movement of live deer and carcasses from CWD-affected counties to unaffected areas.

The state Natural Resources Board approved a DNR emergency rule that required double-fencing of deer farms and restricted deer carcass transport. The transport restriction was later scrapped by the Legislature’s rules committee, and the agency allowed the emergency rule to expire earlier this year.

Greg Kazmierski, vice chairman of the Natural Resources Board, said the state needs the public’s assistance in controlling further spread of the disease.

"The days of leaving the carcass in a ditch after you’ve butchered your deer or putting it out there for coyote bait has the potential of spreading prions on the landscape," Kazmierski said.

Kazmierski said people have been reluctant to submit deer for testing due to fears that any new information would lead the DNR to "wipe out their deer herd."

"That is what some people believe, which has been a hindrance on getting people to actually get their deer tested," he said.

Tami Ryan, acting director of the DNR Bureau of Wildlife Management, said the state is continuing enhanced surveillance of the disease across 18 counties in northern Wisconsin this fall. The agency projects it will obtain 21,000 samples during the fall hunting seasons, which would be the highest sampling level in 15 years.

"We’ll continue to do sampling in 2020 and any counties where we still have some more samples to collect so we can get to that goal," said Ryan.

So far, the agency has not required mandatory testing in areas affected by the disease statewide. Ryan said voluntary sampling has provided enough confidence that there hasn’t been a need for mandatory tests.

"We do have the ability, the authority to require mandatory testing if and when circumstances should determine that we want to go that way," she said.

The DNR is ordering hunters in a half-dozen townships across Eau Claire, Dunn and Pepin counties to submit deer they kill for CWD sampling during the nine-day gun season this fall. The agency is requiring testing after three infected deer were found in Eau Claire County last year.

Ryan also noted the agency created new staff guidance last year for responding to new detections of the disease. The DNR’s draft document calls for management that includes increased harvesting and deer population reduction outside of the hunting seasons, said Ryan. She said the new protocols were posted during a 21-day comment period and will be submitted for again for public review.

The guidance did not come before the state’s Natural Resources Board for approval although members have provided input, said Kazmierski.