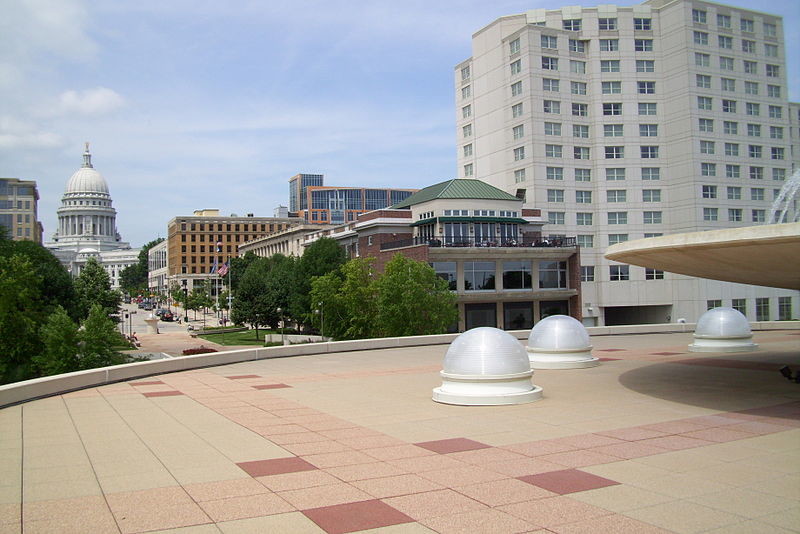 While Researchers, Businesses Back Science, Some Politicians Offer Other Opinions
By Chuck Quirmbach
Share:

The contrast between some Republicans' views of climate change and the views of many scientists and some business leaders might be one of the major environmental stories of this year's Earth Day.

On the GOP side in Wisconsin, Gov. Scott Walker and state Attorney General Brad Schimel are challenging the Obama administration's plan to cut greenhouse gas emissions from coal-burning power plants.  Schimel is also part of an effort to stop state lands board official Tia Nelson from discussing climate change while at work.  Meanwhile, former state Administration Secretary Mike Huebsch, now trying to secure a seat on the state's Public Service Commission, recently told a state Senate hearing that climate change ranks down a ways on his list of concerns.

"I think it's one of those things when we're taking a look at energy issues in the state, I think it's more important to for us to recognize the value of cost-efficient energy, efficiency programs and diversification of our energy sources," he said.

Huebsch also suggested that one volcano eruption can have a greater impact on climate change than emissions from all cars -- a falsehood that he later retracted.

Contrast that view of climate change with those heard at the ninth annual Earth Day Conference, held in Madison's Monona Terrace Community and Convention Center on Monday. The University of Wisconsin-Madison Nelson Institute organized the event and numerous scientists spelled out the potential harm that might come from a changing climate.

Bill Bland, a professor of soil science at the UW-Madison, said peak temperatures might increase, including in places like the Wausau area, which would be bad news for local cows.

"We're moving this climate up into a region where livestock you might expect to be much more stressed than they are now," Bland said.

Adena Rissman, an assistant professor of forest and wildlife ecology at UW-Madison, said loggers might be already taking a financial hit because in winter the ground isn't staying frozen as long, making it harder to get into the woods.

"The take-home message here is we had a decline of two to three weeks of frozen ground since 1950," Rissman said.

Some business leaders question climate change predictions and observations. But others, like ZBB Energy of Menomenee Falls, try to earn money off efforts to slow down global warming.  A promotional video posted on YouTube highlights the company's energy storage units that are needed for renewable energy sources that produce little or nothing in the way of greenhouse gases.

"The question is: What do you do?  You can't depend on global governments to take care of it. So in essence, economics have to drive the governments of the world," Apfelbach said.

To plan for possible increases in payouts, insurance companies are focusing more attention on the extreme weather events that might be linked to climate change, according to Joseph Gates, catastrophe management director at American Family Insurance.

"To the extent that the trends are telling us there's something we should be paying attention to, we're certainly looking at that," Gates said.

The next president could have a key role in deciding whether to continue U.S. policies aimed at combatting climate change. Monday's featured speaker, astrophysicist and TV host Neil DeGrasse Tyson, said he hopes the next chief executive is scientifically literate.

"And more importantly, know when you don't know something so you go find someone who does. That's what you want in a leader," he said.

Tyson said politicians who fear emerging scientific truths aren't the problem. He said it's the people who elected them.