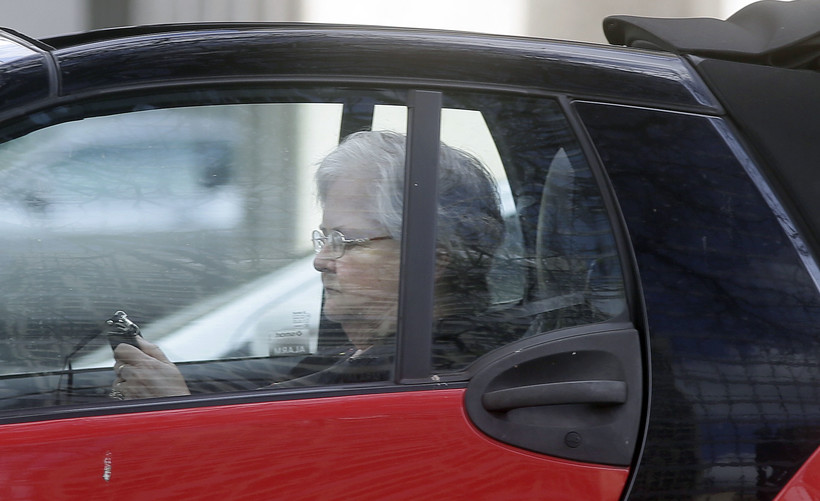 A driver looks at their phone as they make their way through traffic in Dallas, Monday, March 6, 2017. LM Otero/AP Photo

69M Drivers Use Phones Behind The Wheel Each Day
By Gretchen Brown
Share:

According to numbers from the National Highway Transportation Safety Administration, 481,000 people used cell phones behind the wheel during daylight hours in 2016.

But the problem might be worse than we think. New data claims 69 million drivers use their phones behind the wheel every day.

That’s according to a study from Zendrive, a San Francisco-based company that tracks phone use for auto insurers and ride-hailing services.

For the study, Zendrive looked at 100 billion miles of driving data it had tracked. It also ranked the results by state.

Wisconsin drivers, year-over, have become more distracted, according to the study. This year Wisconsin is ranked 25 out of 50 in terms of least distracted drivers, right in the middle.

"Wisconsin is not an exception to the rule here," said Jonathan Matus, founder and chief executive officer of Zendrive. "The trend, nationally and globally I would say, is that distracted phone use is on the rise and the result is probably more fatalities on the road. The statistics in the U.S. and particularly in Wisconsin are quite scary."

According to federal data, the number of drivers physically holding cell phones to their ears while driving — categorized as handheld cell phone use — has actually decreased since 2006.

Federal data also indicates that the number of drivers visibly manipulating handheld devices while driving decreased year-over from 2015 to 2016, but has climbed 1.5 percent since 2006.

In 2016 in Wisconsin, 11,302 people were injured in distracted driving crashes, according to the Wisconsin Department of Transportation, a 6 percent increase from 2015.

One of the most surprising patterns from the Zendrive study, Matus said, was the part of the journey in which drivers are distracted. The study found most distracted driving happens within the first 5 percent of a given trip.

"So the opportunity here, for reversing some of this risky trend," Matus said, "is to encourage people as they get into the car and either finish that email or put on Google maps or play the music, to complete everything and anything they want to do with their phone before they turn their car on, before they get on the highway coming out of the parking spot."

Take your eyes off the road for a few seconds on the highway, and you’ll be blindly traveling the length of a football field, Matus points out.