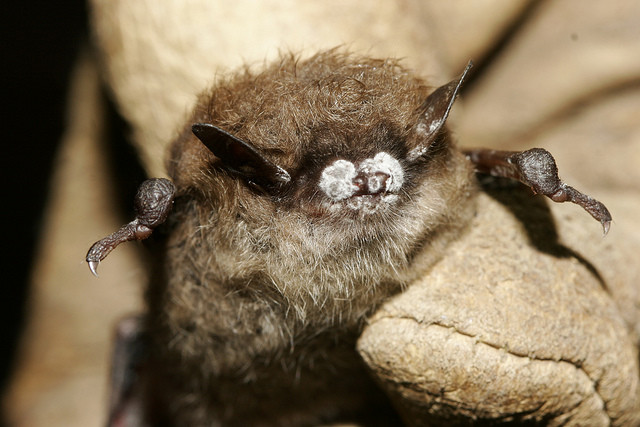 White-Nose Syndrome Had Previously Only Been Found In Grant County
By Chuck Quirmbach
Share:

The state Department of Natural Resources says a disease that has killed millions of bats across the U.S. has spread to several Wisconsin counties.

DNR cave surveys from last winter show bats at sites in Grant, Crawford, Richland, Door and Dane counties have tested positive for white-nose syndrome. Researchers have also found the fungus that causes the disease in Iowa, Dodge and Lafayette counties.

Previously, the disease had only been found at one site in Grant County last year. The bat population in that infected cave appears to have dropped by 70 percent.

The DNR's Owen Boyle said he isn't sure how the problem is spreading.

"It has been spreading to relatively nearby caves," he said. "It hasn't taken any giant leaps in Wisconsin. So chances are that bats themselves are spreading it."

The DNR urges decontamination procedures for people who go in and out of caves.