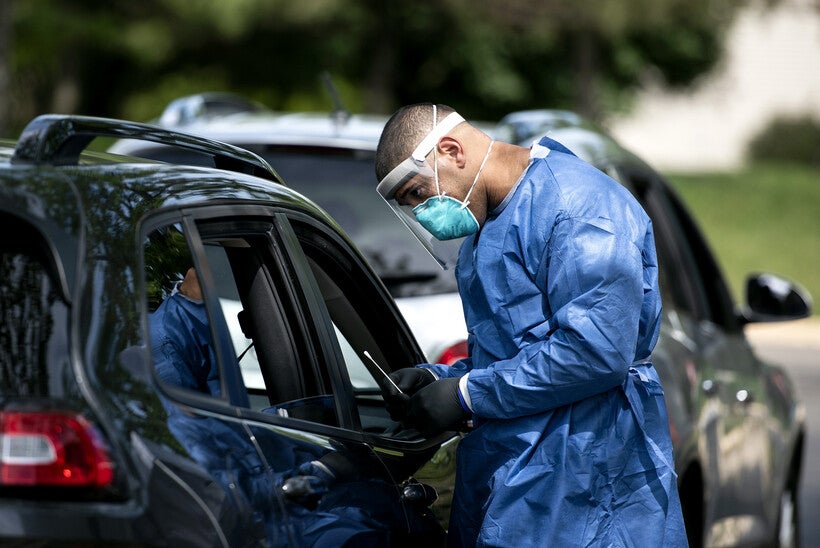 New reports of COVID-19 cases are down slightly from last week in Wisconsin, based on the latest data published by the state’s Department of Health Services.

DHS reported 728 new cases of the virus on Tuesday, bringing the average for the past seven days to 839 daily cases.

One week ago, the average was 870 daily cases. Daily new cases have been declining since late July, when the average reached 930 cases.

The latest figures bring the overall total of positive cases in Wisconsin to 56,056, according to the DHS. A total of 961 people in Wisconsin have died from COVID-19, with 12 new deaths reported on Tuesday.

According to DHS, 4 percent of all test results reported on Tuesday were positive for COVID-19, the lowest since July 7, bringing the average percentage of positive tests over the past seven days to 6.3. The seven-day average a week ago was 6.8.

Wisconsin's daily testing capacity — based on the availability of test supplies and adequate staffing — has grown from 120 available lab tests in early March to 24,156 as of Tuesday. The number of actual tests reported on Tuesday was 18,138, the highest number since the pandemic began.

Health officials touted the state's testing program Tuesday, noting Wisconsin can now process nearly 150,000 tests per week and encouraging anyone experiencing even mild symptoms to get tested for the virus.

She also noted that national commercial labs are experiencing the longest turnaround times when it comes to processing tests. In Wisconsin, labs are turning around tests in an average of one to three days, she said.