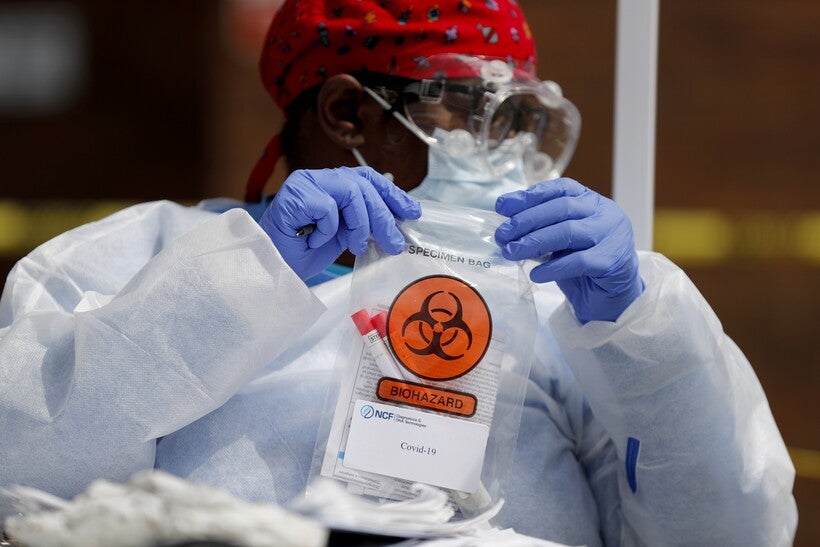 272 People Have Died From The New Coronavirus In Wisconsin So Far
By Danielle Kaeding
Share:

There are 5,911 positive cases of COVID-19 in Wisconsin, the state Department of Health Services announced Sunday. That's an increase of 224 cases from the day before.

The number of new cases declined Sunday after Saturday marked the largest single-day increase in positive cases the state has seen since the outbreak started.

According to figures from DHS, 272 people in Wisconsin have died from COVID-19 as of Sunday afternoon.

Across the state, 59,235 people have tested negative for the virus so far. From Saturday to Sunday, the number of negative test results increased by 2,097.

Brown County has seen a surge in positive tests after health officials traced hundreds of cases to meatpacking facilities there. As of Sunday afternoon, Brown County had 776 positive cases of the new coronavirus — an increase of 56 cases. However, the results may be a positive indicator for the county after the number of new cases were cut in half since Saturday.

With recent increases in testing capacity, health officials have loosened restrictions on who can get tested, subject to the availability of testing supplies.

Wisconsin has 48 labs performing COVID-19 tests, up from eight labs one month ago, Gov. Tony Evers said earlier this week. According to DHS, they're able to process more than 10,000 samples per day.

The following counties have no confirmed cases as of Saturday afternoon: Burnett, Forest, Langlade, Lincoln, Pepin and Taylor.

As of Sunday, 2,669 Wisconsinites had recovered from COVID-19, according to DHS data.