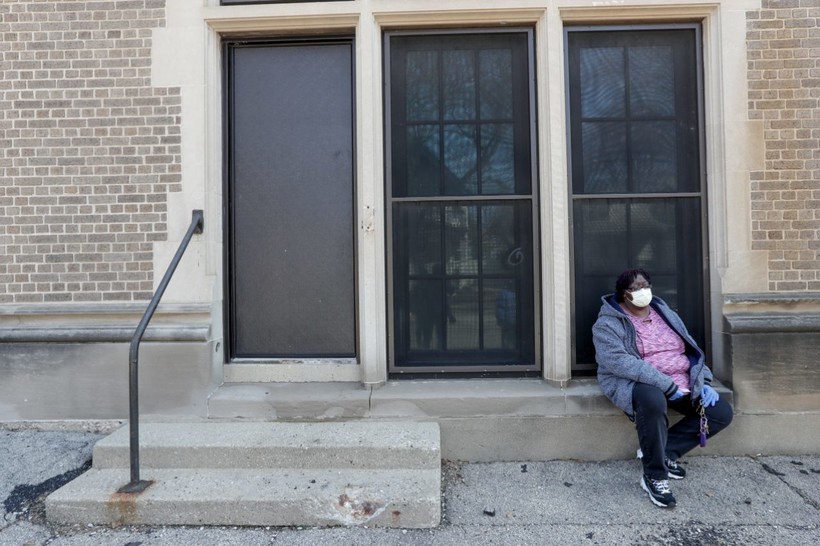 Vanessa Gassma waits to cast her ballot at Washington High School while ignoring a stay-at-home order over the coronavirus threat to vote in the state's presidential primary election, Tuesday, April 7, 2020, in Milwaukee. Morry Gash/AP Photo

114 People Have Died From New Coronavirus In Wisconsin So Far
By WPR Staff
Share:

The state Department of Health Services announced Thursday there are 2,885 positive cases of COVID-19 in Wisconsin.

According to figures from DHS, 111 people in Wisconsin have died from COVID-19 as of Thursday afternoon. That doesn't include three additional deaths in Milwaukee County and one in Grant County reported by local officials, bringing the statewide total to 115 deaths.

There were 13 new deaths in Milwaukee County from Wednesday to Thursday, raising the county's death toll to 67 so far.

The number of positive test results increased by 129 cases from Wednesday to Thursday.

Across the state, 31,424 people have tested negative for the virus so far. From Wednesday to Thursday, the number of negative test results increased by 1,309.

Wisconsin's cities are seeing the highest number of positive cases related to COVID-19. There are confirmed cases in 61 of Wisconsin's 72 counties, with Sawyer County reporting its first case Thursday.