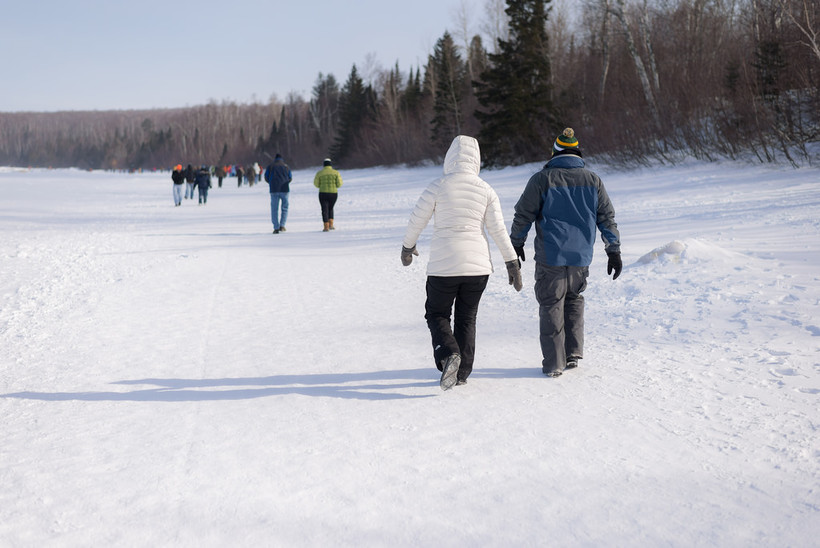 Ice covered near-record amounts of the Great Lakes this past winter, but climate scientists in Wisconsin say their forecasts still indicate less ice cover for the big lakes in most future winters.

It was just about six weeks ago that ice covered about 92 percent of the surface of the Great Lakes. A report this week indicated there's still a fair amount of ice out there, and that could keep things relatively cool in lakeside communities for several weeks.

Val Bennington of the UW-Madison Center for Climatic Research says over the coming years, ice cover on the Great Lakes is still expected to decline, due to expected air temperatures.

“We expect the region to warm, particularly during winter, and so, hence, a loss in ice,” Bennington said. “But in years like this past year, we had basically air coming from a different direction than we typically get, and so we had more cold air coming into the region than we have in a lot of recent winters.”

Bennington says less ice cover could be better for shipping, but bad for trying to take a walk between a shoreline and an island, or ice caves.

Another UW Madison climate scientist, Michael Notaro, agrees all the ice this past winter was an example of natural variability, or year to year variation. He says though, the ice may help lake levels continue to rise this spring.

“[The ice] has a reduction, even into the subsequent season, in the amount of evaporation so that generally is favorable for an increase in lake levels,” Notaro said.

Notaro says by mid to late this century, ice on the Great Lakes will be substantially reduced, but again with an occasional year with a lot of ice.