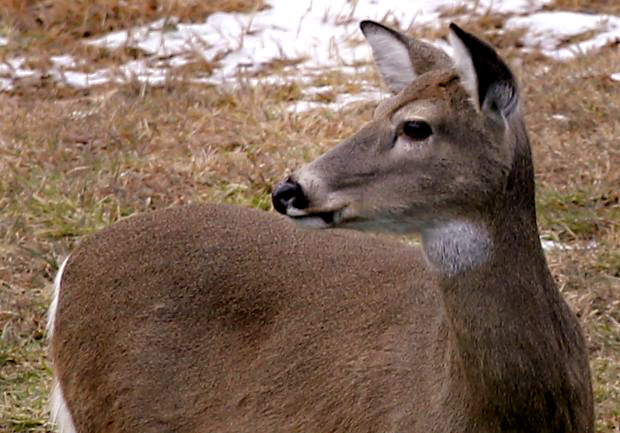 Despite Dim Outlook, Hunter Makes Most Of Annual Deer Hunt

For one Wisconsin sportsman, the annual deer hunt is a priceless tradition, but also one with a limited and even bleak future.

Wisconsin’s gun deer season opens on Saturday, and freelance outdoors columnist Patrick Durkin said Friday he’ll be making the most of it by hunting in both Richland County’s farmlands and the forests of Ashland County. A lifelong hunter who has now gotten his own daughter into the hunting tradition, he said most of the joy of the sport had nothing to do with whether he caught a deer or not: The conversations and memories of time spent with hunting companions are also huge.

"People often ask, ‘Why do you deer hunt?'" he said. "That’s like asking why you fell in love with a certain person."

Like many hunters, Durkin said, he was also in it for the venison, and the experience of harvesting meat to feed his family.

"It helps you connect to the land," he said.

But as the number of deer with chronic wasting disease ticks up in the southern part of the state, Durking also said he had dim hopes for the coming decades of deer hunting.

He said CWD could in the long run lead to a sickly population of deer that don’t live past 4 years of age — and half of whom might be infected with the nervous system pathogen.

Durkin said the state Department of Natural Resources hasn’t been aggressive enough in managing the population in the southern parts of the state, where the disease was first discovered in 2002. In comparison, he said, Illinois officials have kept the deer population very low in infected counties, and the rate of CWD infection down to 1 percent.

At the same time, he said, the population of deer in northern Wisconsin is suffering from a lack of habitat and new forest growth to eat in areas that haven’t been logged recently — another management problem he says the DNR has been too hands-off about.

"(Deer) can’t do well in big numbers in a mature forest," Durkin said. "Once that canopy closes and the sunlight isn’t hitting the forest floor, deer can’t live in that kind of country."

He said the number of hunting licenses purchased has also been declining over the years thanks to demographic trends: an urbanizing population, and the slow process of Baby Boomers dropping out of deer hunting as age and health slows them down.

"This downturn we’re seeing, it has been predicted," he said. "I remember writing about it in the late '80s."

But for the moment, he said, Wisconsin is still one of the biggest deer hunting states in the country, along with Michigan and Pennsylvania.

"When you have opening day in our state, it’s a big thing, you can’t miss it,” he said. "As I’m getting myself bummed out thinking about (management problems), at the same time I know when I start hunting tomorrow morning, I’ll be in that game, I’ll be enjoying it."