Crafts Made By Workers From New Deal Project On Display Now At Museum Of Wisconsin Art
By KP Whaley
Share: 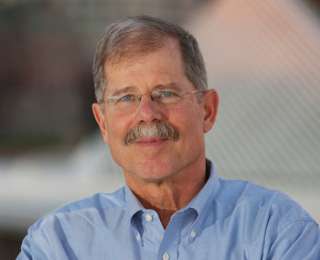 The Milwaukee Handicraft Project, a New Deal-era project that employed thousands of people to handmade crafts during the Great Depression, is being remembered with an exhibition at the Museum of Wisconsin Art in West Bend.

Milwaukee-born writer and historian John Gurda said the WPA Works projects couldn’t have come at a more needed time for the city of Milwaukee.

“By 1933, we had roughly 40 percent unemployment, so it was catastrophic. Today, we struggle with 8 percent and we think that’s high, but 40 percent was just unimaginable,” he said. “In that year … 53 percent of Milwaukee’s property taxes went unpaid because people just could not afford to make the tax payments.”

The Milwaukee Handicraft Project was one of the most successful and innovative WPA Projects in the U.S. It hired roughly 5,000 workers over the course of its existence — many of them women — and taught them to make a variety of handmade wooden and cloth articles like dolls, toys, furniture, drapes, quilts, book bindings, weavings, theater costumes and textile prints.

According to Gurda, most of the work relief programs up until that point had been for men, who were still considered breadwinners of the day. The Milwaukee Handicraft Project was an attempt to strike a better gender balance.

The project reached many of the long-term unemployed who could not find work in other WPA projects, according to Graeme Reid, the director of collections/exhibitions for the Museum of Wisconsin Art, which is displaying some of the textile art from the era. Since most of the products produced during this time were not meant to last for more than a decade, finding articles for the exhibition was a challenge for Reid, who also curated the exhibit.

“If you think about it, what place in 2014 is still using furniture from the 1930s?” said Reid. “It turns out there were two chairs in one of the staff break rooms at the Milwaukee Public Library. Five weeks ago, these chairs were still being used, and we now have them in the exhibition.”

The Museum of Wisconsin Art exhibit “Handmade for Hard Times: The Milwaukee Handicraft Project” is on display from now until June 15.