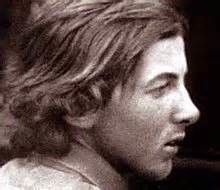 He was determined and innovative and, at twenty-two, California-born Henry Cowell was also trying to establish his musical reputation. His mentor, John Varian, who was quite a nonconformist himself, advised young Cowell that “you will have to depend on yourself and very few other musicians to develop your music...you will have to forget the public and their demands altogether and only write to your best idea.”

It was the summer of 1919 and Cowell the innovator took some of his music to an unlikely appraiser, the famous neo-romantic pianist and composer Sergei Rachmaninoff, who had just moved to Menlo Park. Cowell took a stack of manuscripts to Rachmaninoff’s house, but the Russian, once described as a six-foot scowl, opted to look at just one of them. It was a piece called “Fleeting” that, more than any of Cowell’s other pieces, resembled Rachmaninoff’s own style.

Cowell recalled later that Rachmaninoff “looked at it intently with no comment for two hours, upon which he marked tiny red circles around forty-two notes, saying, ‘You have forty-two wrong notes.’” Seeing that the young composer was taken aback by the criticism, Rachmaninoff added, “I too have sinned with wrong notes in my youth, and therefore you may be forgiven.”

Cowell asked what was wrong with those forty-two notes. Rachmaninoff informed him that they “were not within the rules of harmony.”

Cowell asked if composers still needed to feel bound by those rules, to which Rachmaninoff replied, “Oh yes. Those are divine rules.”

Cowell spent the rest of 1919 working out a new set of rules, the result being a slender book called New Musical Resources. When he finally got it published, sales of the book fizzled; and yet it went on to be considered one of the most influential books on composing written during the twentieth century.