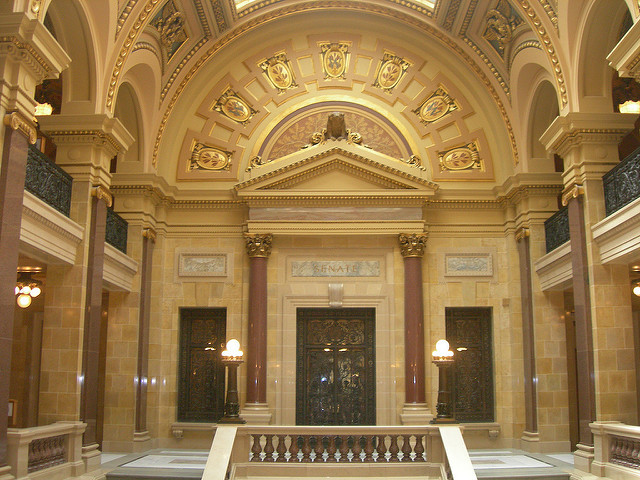 The three Democrats vying for a chance to run for Wisconsin's 10th Senate District seat are all political newcomers. They will face off in a special election primary Tuesday, Dec. 19.

Each candidate hopes to fill the state Senate seat vacated by long-time GOP Sen. Sheila Harsdorf, who resigned to become secretary of the state Department of Agriculture, Trade and Consumer Protection.

Patty Schachtner, of Somerset, is the St. Croix County medical examiner and a former town board member.

She wants to find a better solution for people in northwestern Wisconsin who have mental health issues or are suffering from drug addiction. Schachtner said many of these residents are taken to eastern Wisconsin for help, despite there being facilities in Minnesota that are closer to home.

"Our families can't afford to drive three hours away for treatment. But they can go across the river (to Minnesota)," Schachtner said. "But because we have constrictions, and a lot of it has to do with BadgerCare, our people aren't getting access to the treatment that they need when they need it."

John Calabrese, of Glenwood City, is a woodworker and the state director of WOLF-PAC, a group of volunteers working to get money out of politics.

He said the influence of campaign donations affects all issues at the state and federal levels.

"When your schools are underfunded, when your roads are falling apart, when you have concerns about what's being done in your local area, it all comes back to the money," Calabrese said. "So, until we take care of that, we can't take care of anything else."

Reuben Herfindahl, of River Falls, is the CEO of Digital Brigade, an information technology firm, who said his main issues are the weakening of public education in Wisconsin and how that relates to the economy.

All three democrats will compete in the December primary. Voters will also choose one of two Republicans in the primary that day.

Primary winners and a Libertarian candidate will face off in a general election Jan. 16.