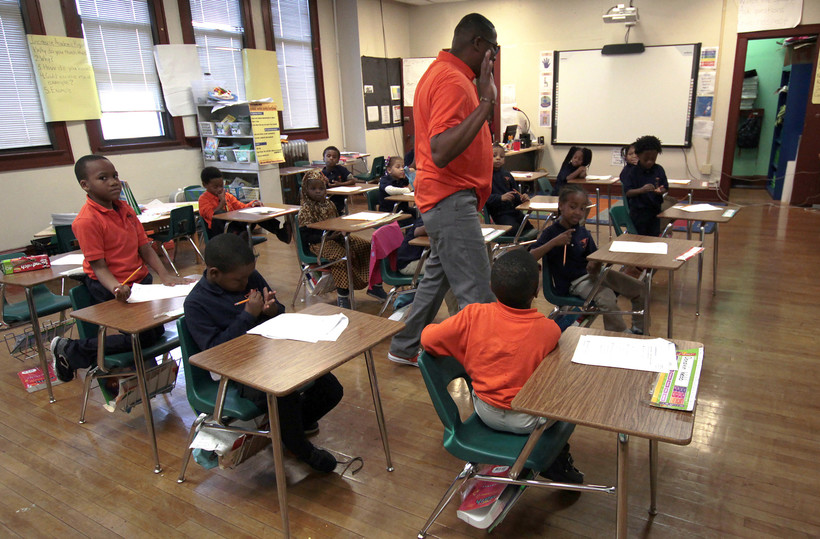 Bill Would Disclose How Much Taxpayer Dollars Are Sent To Voucher Schools
By Elizabeth Dohms
Share:

Some state Democrats are resurrecting a proposal that would require tax bills to disclose how much is being diverted to voucher schools across the state.

State Sen. Chris Larson, D-Milwaukee, introduced the bill after a similar one failed in the Legislature in 2017, and another attempt by Gov. Tony Evers in his budget proposal was removed by the Joint Finance Committee.

Property tax bills, which are sent out in December, show the total amount taxpayers owe and breaks down those numbers by the taxing authorities: state, county, municipality, local schools and technical colleges. State Democrats are calling for voucher schools to be added to the list.

About 40,000 low- and middle-income students in Wisconsin attend voucher schools, which are mostly religious institutions, and are funded with more than $300 million tax dollars each year.

Larson, one of the ranking Democrats on the Senate Education Committee, recently talked to Rob Ferrett of "Central Time" about the proposal.

Rob Ferrett: If passed, give us the basics of how this would work?

Chris Larson: If we pass this bill, it would just mean that there's another item added on to every person's tax bill.

It would give them an idea of actually how much they're spending on this second, or in some cases third, school district that's operating right now largely in the background without people knowing where the where the money is coming from.

RF: Why did you see a need to do this?

CL: It's about transparency. For the 30 years that the vouchers in our state have been around, there's never been a chance to really publicly debate them on their merits for an up or down vote before they've been expanded.

We're just asking for the basic level of transparency, which is how much money is actually going out of school districts and going to fund this second school district? So it's about transparency. I think the more the people know, the more people will recognize that there is a whole nother system operating that a lot of people actually don't realize is there.

RF: School choice Wisconsin President Jim Bender told the Milwaukee Journal Sentinel that the school funding formulas are too complicated to come down to a single number on our property tax bill. How do you see us arriving at that number?

CL: The bill is pretty simple. It would include information by a school district where the property is located and it would talk about what the aid reduction has been for that school district as a result of money going to vouchers. So it's pretty simple to do. I think the real problem is that they've been operating in the background for so long. They don't want people to recognize that money is going to a second school system which largely has not lived up to the promises that were laid out over the 30 years of its existence.

RF: Is this about transparency or is this just kind of a symbolic dig at the school choice system in Wisconsin?

CL: You can say it's both, for sure. For the longest time, people have said that it was going to promise a lot for our students. They said that this was going to be open just for those in high poverty. They said that the competition would lift all schools, that everyone would do better. But over the years, that's ended up shifting. And at the same time, they don't have to have the same level of accountability. They don't have to have the same expertise and teachers. Heck, they don't even have to have a standard for what a graduation means.

It should be the minimum ante to having a school district — and many of them operate 100 percent from taxpayer funds — saying how much of the money is actually coming from our public schools.

Right now in a lot of the cases when you get your bill, you just see one number for public schools, and people think, "Well, gosh, they're not doing a good job with all that money." But in reality, a good chunk of it is actually going to these other schools that people don't actually know about.

RF: Gov. Tony Evers had included a similar provision in his budget to what you're calling for. It was taken out by the Joint Finance Committee. Are you proposing roughly the same thing?

CL: Yeah, we wanted to wait to see how that was going to play out. We proposed this last session, too. Now that it's been pulled out, we reintroduced it as a separate standalone bill to keep the conversation going. 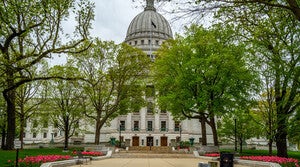 When you get your property tax bill, state Democrats want it to say how much money is going to private voucher schools. Sen. Chris Larson discusses the proposal and why he says the move is needed.