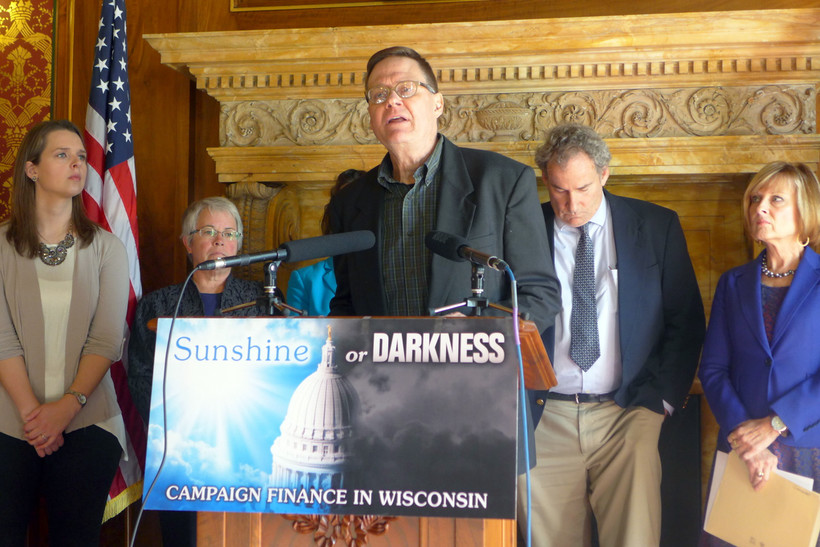 Watchdog groups and Democratic lawmakers say there's a better way for the state to rewrite its campaign finance laws than the one Republicans are poised to pass on Monday.

The bill Republicans will likely send to the governor's desk would allow unlimited donations to political parties and let candidates coordinate fundraising and strategy with outside groups that keep their donors secret. It would codify recent decisions by the Wisconsin Supreme Court and federal district courts.

Penny Bernard Schaber, a former Democratic lawmaker who now sits on the board of Common Cause, said a bill she helped write would still let outside groups spend what they want, but they'd have to disclose their donors. She said the U.S. Supreme Court has encouraged disclosure.

"You can't say to somebody who says 'vote for' or 'vote against' that you can't do that. But we can say that you have to tell us who paid for you to say something," Schaber said.

The bill would also set a $10,000 limit on donations to political parties and ban candidates from coordinating spending with interest groups.

In addition to the campaign finance bill, Republicans will likely send another plan to Gov. Scott Walker's desk that would dismantle Wisconsin's Government Accountability Board in favor of new ethics and elections commissions run by partisan appointees.