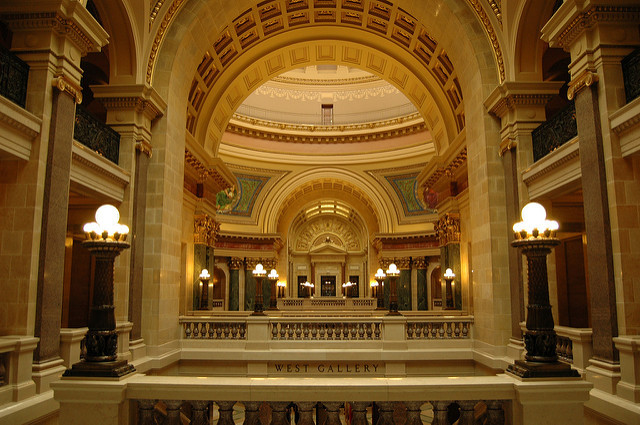 State Senate Democrats are calling for an extraordinary session of the Legislature to approve additional funding for the Wisconsin Veterans Home at King.

The lawmakers want the Legislature to convene a previously unscheduled session this fall to approve $18.5 million for projects including electrical, flooring and fire alarm system updates at the veterans home. The Department of Veterans Affairs requested those updates in its last budget, but was denied.

The King home has made headlines recently, after a Cap Times investigation reported poor living conditions there.

"Gov. Walker's administration has failed in its mission to provide the best care to our veterans, and we find ourselves really in an emergency situation here in Wisconsin," she said.

Shilling said she would support the audit, but also called it a "delay tactic."

Sen. Jon Erpenbach, D-Middleton, said he's glad the investigation is being considered, but doesn't believe it will move quickly enough to provide new resources to King.

Republican leaders of the state Assembly and Senate, who control the state legislative calendar, didn't immediately return requests for comment.