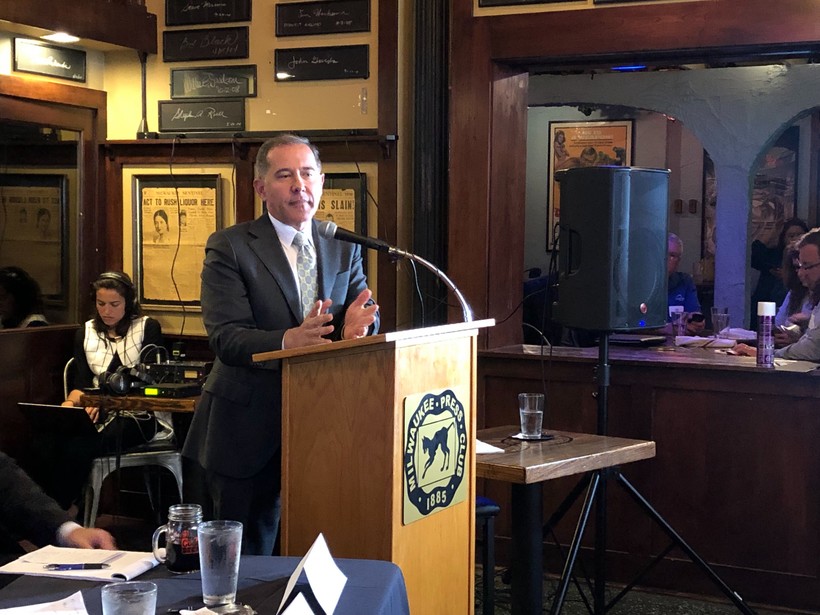 When the Democratic National Convention comes to Milwaukee next summer, organizer Joe Solmonese wants to show the world what Wisconsin has to offer.

The convention will be held from July 13 to 16, with the main event centered around the Milwaukee Bucks arena, the Fiserv Forum. But Solmonese said there will be festivities in every corner of the city.

"(We plan on) bringing the convention out to diverse parts of the city, to far parts of the state, to as many parts as we can, so the world has a chance to experience all of the richness and diversity of Wisconsin," Solmonese said.

Solmonese was in downtown Milwaukee Wednesday at the Milwaukee Press Club. The Massachusetts native is nearly a permanent resident in the city.

He said while friends thought he was crazy for accepting the job as chief executive of the 2020 Democratic National Convention because of its complexities, he is drawn to this type of work.

Solmonese is a longtime political strategist and served as chief executive of EMILY’s List, which backs woman candidates who support abortion rights; and was president of the Human Rights Campaign, which advocates for LGBTQ equality. He also was transition chair of Planned Parenthood Federation of America.

Over the next year, Solmonse will oversee day-to-day preparation of the convention. He has been meeting with local law enforcement officials and will soon meet with federal agents to secure the perimeter for the event.

"It's going to affect people in different ways," he said. "It has the potential to be an inconvenience. What we intend to do once the perimeter is in place is to engage members of the community and be as clear with them as we can possibly be."

Solmonese said security and fundraising is ahead of schedule although he wouldn't offer specifics.

The DNC needs to raise about $70 million. The last time numbers were released, $11 million was raised.

On Wednesday, Solmonese said fundraising efforts had moved "somewhat beyond" the $11 million and were on track and ahead of where they were supposed to be.