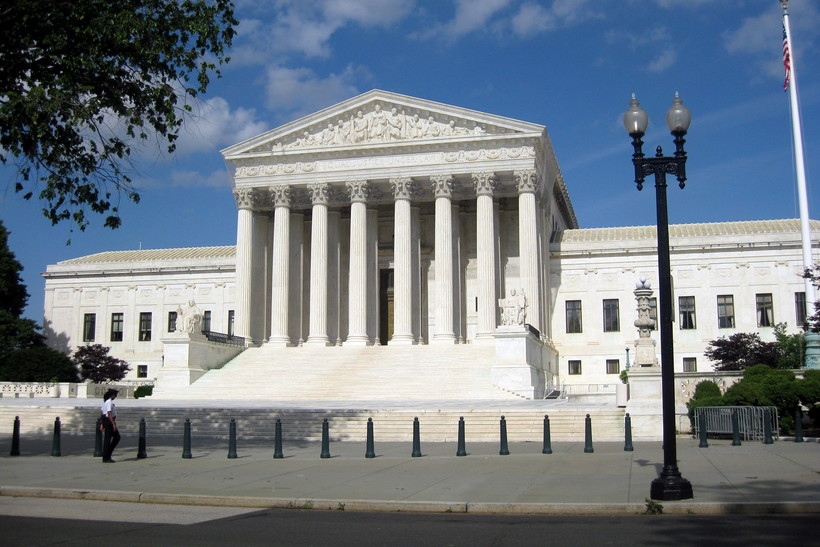 Lawyers Say Wisconsin Is The Most Gerrymandered State In The Nation
By Scottie Lee Meyers
Share:

A group of Democratic lawyers who filed a lawsuit challenging Wisconsin’s GOP-drawn legislative maps are optimistic that their case could go all the way to the U.S. Supreme Court and create a new standard to protect against gerrymandering.

Their optimism stems from a court ruling last month, in which a panel of three federal judges rejected a motion to dismiss the case. Plaintiffs say not since 1986 have judges allowed a redistricting case to proceed, underscoring the partisanship involved in Wisconsin's line-drawing as well as an eagerness from the courts to rule on the constitutionality of gerrymandered districts.

The suit, originally filed in July, asked a federal court to throw out the state Assembly district map created in secret by Republicans in 2011. Milwaukee attorney Peter Earle, one of the lawyer’s leading the case, said the map is unconstitutional for overtly advantaging one party.

"I can say with empirical certainty that … between 1972 and the year 2000, not one single plan anywhere in the United States so severely skewed the vote in favor of one party against the other party than the Wisconsin plan," said Earle.

As evidence, Earle points to the 2012 state Assembly election in which the Democratic party won about 54 percent of the vote statewide but just 39 percent of seats in the Assembly.

"There were 186,133 more votes for Democratic assemblypeople than there were for Republican people in 2012," said Earle. "Yet (Republicans) got 60 seats and the Democrats got 39 seats."

In previous U.S. Supreme Court cases, justices have wrestled with creating a reliable way to measure how much gerrymandering is too much, said Earle. And without a standard, the court is limited in making such a ruling.

The lawsuit offers the court a standard, which Earle said could become the election law equivalent of Brown v. Board of Education.

While it was Democrats who were affected in Wisconsin, in other heavily gerrymandered states, it was Republicans who disproportionately lost seats compared with the popular vote. Earle said it shows that both parties are guilty of rigging districts. He said he intends for the lawsuit to challenge whichever party is abusing its power.