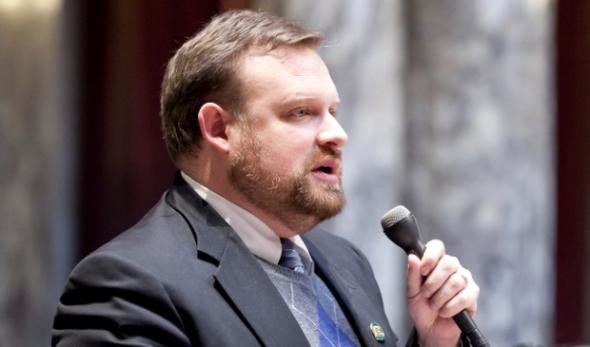 A Democratic state representative is speaking out against an expansion to Wisconsin’s Estate Recovery Program, which recovers portions of the assets of deceased Medicaid recipients.

Joint Finance Committee member Cory Mason, D-Racine, said he predicted “confusion and litigation” if the state moves forward with the changes, which he said would unfairly impact the surviving spouses of the deceased.

A proposal passed in the state budget earlier this year would allow the state to more aggressively take assets, including expanding what kinds of property qualified. Mason was one of four Democrats and two Republicans to vote against advancing the measure from the Joint Finance Committee, but a scaled-down version still passed on a 10-6 vote.

“Long ago, Medicaid decided that we’re not going to basically impoverish or leave the surviving spouse destitute to pay for Medicaid,” Mason said. “They’ve still got to survive … after a pretty big ordeal.”

Mason said the expansion goes far beyond the federal requirements, which allow for spouses to stay in their homes, and keep a car and a “modest” pension. Now, he said, the Walker administration could in some cases go as far as seizing assets and could endanger families’ ability to pass on businesses -- not to mention confusing people about what rights they do have.

“If surviving spouses know the government is going to seize everything, they’re going to end up on Medicaid as well,” Mason said, citing a phenomenon known as “Medicaid divorces,” where spouses split up so they can qualify for coverage.

Finally, he said, the changes would cost more to implement and enforce than they would add to state coffers.

“Among the things that got screwed up in the state budget, I would put this at the top of the list," he said.