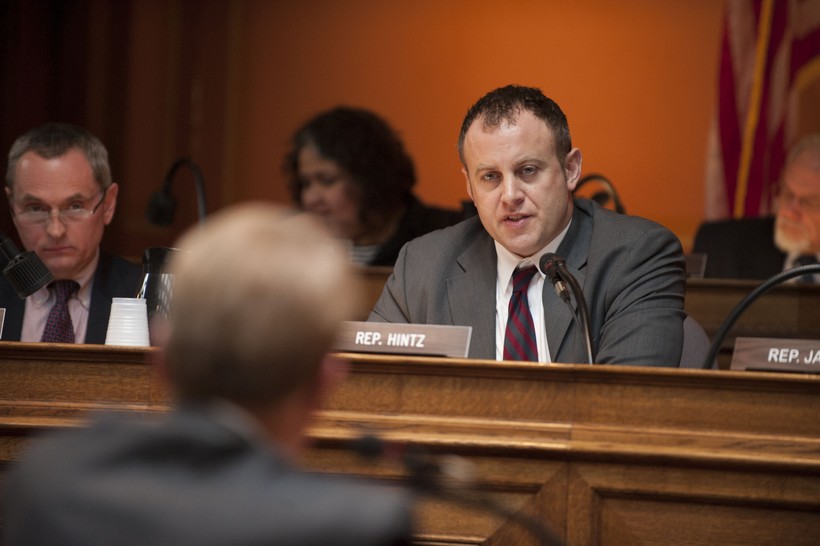 A Democratic state lawmaker is criticising Gov. Scott Walker’s plans to sign a pair of bills later this week that would rewrite Wisconsin’s campaign finance laws and eliminate the state elections board.

"Not only are we sort of opening the floodgates of money and removing disclosure with the campaign finance bill that’s to be signed this week, we’re really removing the oversight in terms of the body that is supposed to enforce the laws that we have on the books," Hintz said.

Both of the Republican-backed bills passed the Legislature on Nov. 16, but have been awaiting the governor’s signature. The new campaign finance law would allow for unlimited donations to state political parties, permits coordination between candidates and interest groups, doubles individual contribution limits to politicians and removes an employer disclosure requirement for any amount more than $100.

"I don't know how allowing political coordination between outside groups and candidates and opening the floodgates for unlimited money helps empower the citizens that we represent in our democracy," Hintz said.

The other bill that Walker announced he would sign later this week replaces the Government Accountability Board — the nonpartisan agency consisting of retired judges who oversee campaign finance, elections and ethics laws — with two commissions made up of partisan appointees.

"You have say who is this benefitting?" Hintz asked. "It's certainly not benefitting the people of Wisconsin. It's benefitting those politicians in power and the special interest groups that are going to benefit from having increased influence."

Republican state leaders have rejected claims of corruption from Democrats like Hintz and government watchdog groups who oppose the measures.

Senate Majority Leader Scott Fitzgerald, however, did indicate that some Republicans had issues with removing judges from the oversight board.

On the other side of the chamber, Republican Assembly Speaker Robin Vos said there was nothing wrong with rewriting laws that multiple courts have overturned.

Hintz didn’t shy away from condemning the bills last week when he released a statement on the passing of the bills. He said Republicans have shown they will always place partisan power grabs above the best interests of the state.

"While I appreciate the governor wanting to distance himself from these bills and wait to sign them until his constituents are hopefully distracted preparing for the holidays, the fact is the best time to sign these bills is never," Hintz said.

He added that the new bills will only add more money to politics and ultimately leave the public to feel more disillusioned from process and distrusting of their elected officials.