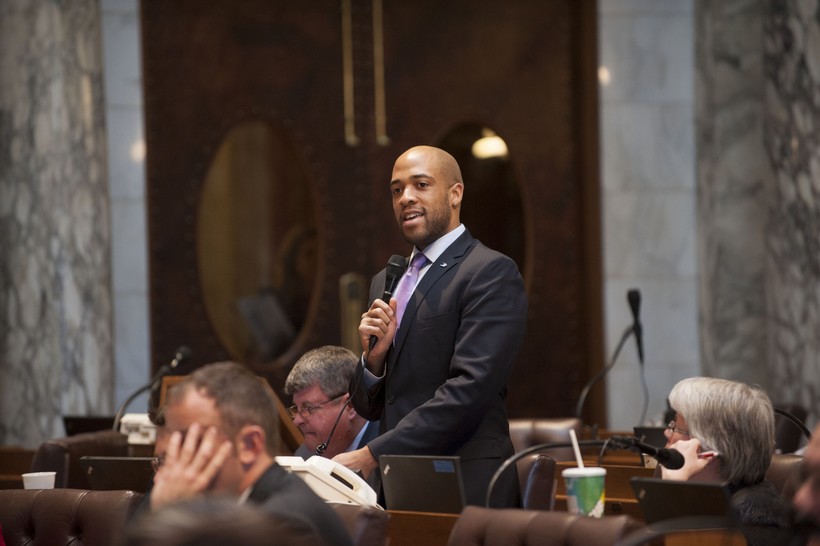 The 31-year-old Barnes announced his candidacy Wednesday from his home city of Milwaukee saying he is running as a champion of public education, economic possibilities and environmental protection.

Barnes said one of the biggest problems in Wisconsin is the financial gap between low-income people and the wealthy. He said boosting the state's minimum wage would be one way to reduce what he calls income inequality.

"People who work full-time should not live in poverty, that's something that should be universally recognized by now," Barnes said.

Other Democrats registered to run are Sheboygan businessman Kurt Kober, Rob Slamka and William Henry Davis III. The winner of the August primary will be paired with the winner of the Democratic gubernatorial primary.

They will then advance to take on Republican Gov. Scott Walker and Lt. Gov. Rebecca Kleefisch in November. Barnes said he doesn't have a favorite among the Democrats running for governor.

He's been active in the progressive wing of the party, and told reporters Wednesday that voters should join him.

"Truth be told, I could be a moderate, but the fact is things are so backwards, we are so far behind as a state, that everybody should be a progressive if we want to right these wrongs."

Barnes served in the state Assembly from 2013 until 2017. He ran for state Senate in 2016 but was defeated in the primary by incumbent Sen. Lena Taylor.

Wisconsin Republican Party spokesman Alec Zimmerman said after being rejected by voters, Barnes will have a hard time convincing voters to support him.

Today I officially announced my campaign to be the next Lieutenant Governor of Wisconsin. Together we will work to expand opportunity across the entire state. I hope you'll join me! https://t.co/Wll1LUnHgk