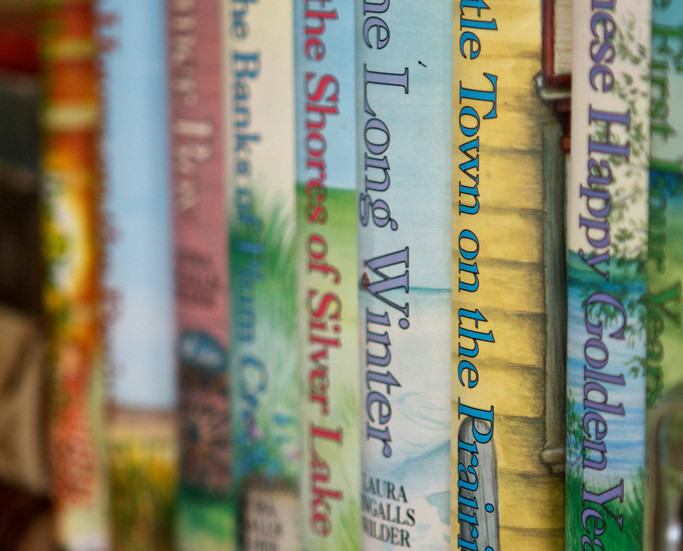 Laura Ingalls Wilder Award Has Been Renamed 'The Children's Literature Legacy Award' Amid Mounted Concerns Regarding Racism In Books
By Elizabeth Dohms-Harter
Share:

Perceptions of history are constantly changing and the latest public example of this is the recent decision to remove author Laura Ingalls Wilder's name from a literary award title.

While the American Library Association's children's literature award has carried Wilder's name since 1954, James Grossman, executive director of the American Historical Association, said Wilder's reflections of what were "popular American attitudes" regarding non-whites in her nine-book series, "Little House on the Prairie," are now being re-evaluated.

The Association for Library Service to Children's board voted on June 23 to rename the Laura Ingalls Wilder Award to the "Children's Literature Legacy Award."

Grossman said awards, statues, memorials and other namesakes represent what a community thinks is worth honoring.

"Quite frankly, those values change over time," he said. "In this case, we have a community of children's librarians who has determined that their current values are not consistent with the name on this award," he said.

Wilder was the first person to receive the award. Her books describe her experience with her family as settlers on the Great Plains in the 19th century. The series later inspired a popular TV show in the 1970s and '80s.

While beloved by generations, the books also garnered criticism for Wilder's views of Native Americans. In a few instances, Wilder's characters say, "The only good Indian is a dead Indian." While describing a scene in "Little House on the Prairie," she wrote, "there were no people. Only Indians lived there."

Wilder was born in 1867 in Pepin County. The first book in her "Prairie" series, "Little House in the Big Woods," describes growing up in rural Wisconsin.

"I often try to teach people to look at things through the lens of the language I teach, which is very verb-based, so I'm almost always trying to get rid of nouns," she said. "I wouldn't name a lot of things after a single person. Places, awards, a lot of different things — I would say name it for what is happening, what it represents, in terms of action."

Melissa Scholes Young, who teaches college writing and creative writing at American University in Washington, D.C., said the decision to rename the award has fostered conversations about Wilder's legacy and the historical context in which the books were written.

It doesn't censor the books, nor discourage people from reading them, she said.

"I don't think because a work is flawed that it should ever be dismissed," she said. "I think it's an opportunity."

Just because the award has been renamed doesn't mean the literature itself has been censored, she said, noting that anything written during Wilder's time would likely be "controversial through a modern lens."

Noodin said it's clear that the intention was to write the books based on Wilder's memories of the events, even though her own experiences might not reflect history accurately.

"I think she imagined at the time that by getting this history down and remembering this part of the nation, she was trying to depict something people would lose," Noodin said, noting that a dominant view in literature was that Native Americans were going to "disappear."

While Noodin gave some credence to the argument that Wilder's books accurately reflect what people thought of Native Americans and that it could be important for historical record, she said there are already plenty of examples of racism even now.

"On one side you could say, 'Yes, it's important for us to see what racism looks like — that when you erase the other, when you use stereotypes, when you don't get to know people, you limit your understanding," she said. "On the other hand, a lot of people would argue we've got some really good examples of that right now, right here. Why do we need to look backwards?"

Grossman said these historical reflections should be a humbling experience for readers, because what's considered normal now might be cast as horrific by future generations.

"What all of this should do is inculcate in us a certain amount of humility that we, in fact, 50 to 100 years from now might also be considered morally horrific in one way or another because values will change," he said. "And that's the whole point here and what historians teach has much to do with this kind of humility, with reading sources about the past, understanding how things change and not putting yourself at the center of things."