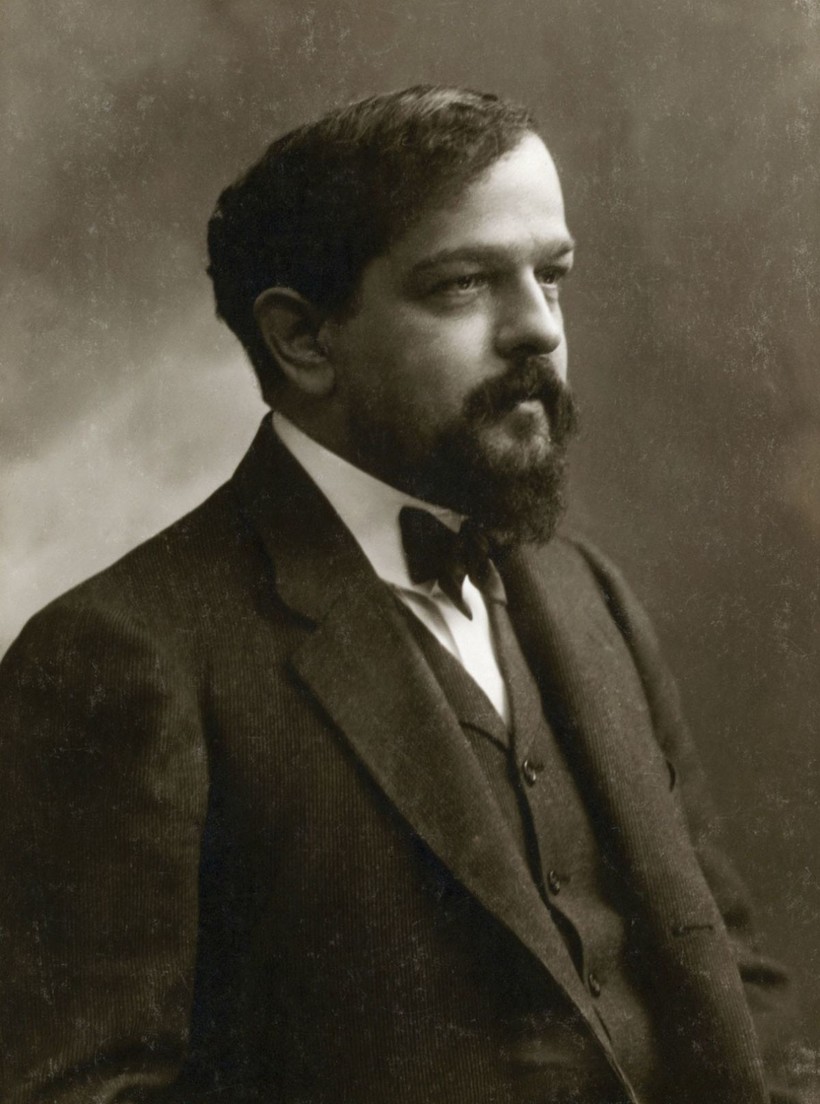 A man leaving one woman for another.  It happened every day in Paris in 1903, but this love triangle was different.  It involved a wealthy society woman, a much younger lower-class woman--and one of France's great composers--Claude Debussy.

The scandal may have begun in 1901 when a young man named Raoul Bardac began studying composition with Debussy.  Raou'ls mother, Emma, was the wife of a wealthy banker and was well-known in Paris society for her charm and her interest in the arts, music in particular.  At first Debussy and his wife, Lily, were dinner guests at the Bardac's, but Lily, coming from a lower-class background, was no match for the Bardacs intellectually.  Increasingly she felt out of place at the dinners and she urged Debussy to attend their socials without her.

It was the beginning of the end for the marriage of Lily and Debussy.  Emma Bardac, with her green eyes and red-gold hair, was a beautiful and brilliant conversationalist whom Debussy considered his intellectual equal.

Lily, his wife of five years, was also beautiful.  She had shown spirit and courage and poise during the dark moments of Debussy's career, had been able to divert him from his worries with a single funny word."  But now that he was drawn to Emma, Debussy found that the sound of Lily's voice left him cold.

On July 14th, 1903, Debussy went out for his morning walk and didn't come back.  When Lily discovered that Debussy had moved in with Emma, she wrote a letter to Debussy. The she shot herself.

Debussy returned in time to take Lily to the hospital.  He sat in the waiting room until a doctor informed him that Lily would live.  Then he thanked the doctor and left.

Friends of the Debussys sided with Lily.  They raised money to pay her hospital bills.  Donating to the fund became a way to express disapproval of Debussy's conduct.  Debussy found out who the contributors were and broke off relations with every one of them, including another of France's great composers, Maurice Ravel.