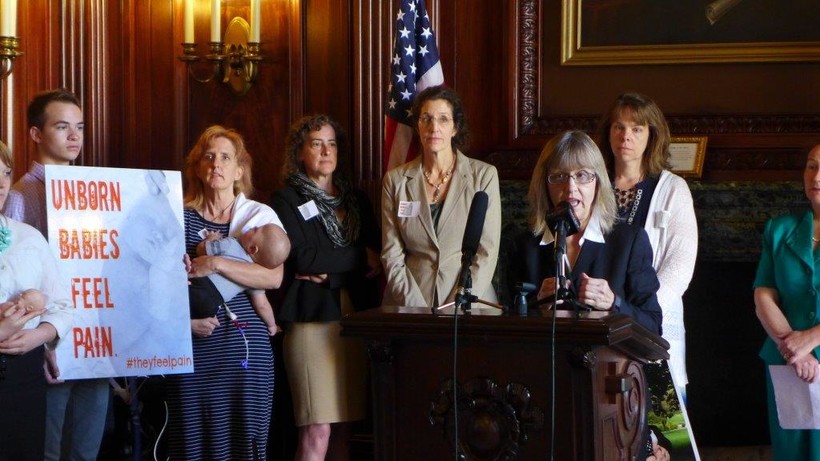 In Debate Over 20-Week Abortion Ban, Both Sides Claim Science Is On Their Side

At Hearing, Doctors And Lawmakers Disagree Over Timeline Of Fetal Pain
By Shamane Mills
Share:

A controversial abortion bill is quickly making its way through the Wisconsin Legislature and could be voted on by the state Senate next week. If it reaches Gov. Scott Walker's desk, he has said he'd sign it.

Nearly two years after the governor signed a bill requiring women seeking abortions to have mandatory ultrasounds, elected officials in Wisconsin are considering another abortion related measure, this time to ban non-emergency abortions after 20 weeks. Its state Senate author, Mary Lazich, said there's a "compelling reason" the state should step in.

"This bill is about prohibiting abortions at the time the child is capable of feeling pain: five to 5 1/2 months," Lazich said.

Lazich spoke at a Capitol hearing this week where lawmakers heard passionate testimony from doctors, women and social issue groups.  Both supporters and opponents of the bill say science is on their side.

"We could probably put a file cabinet in each of your offices with the studies and the data that confirm the child does feel pain at 20 weeks," Lazich said.

During the five-hour hearing, each side tried to systematically pick apart the other's arguments. The Wisconsin Medical Society, which opposes the bill, pointed to peer-reviewed studies showing a fetus doesn't feel pain until the third trimester, 29 or 30 weeks. That's also the determination of the American Congress of Obstetricians and Gynecologists, the largest national group representing doctors in those specialty areas.

"I think a lot of these articles you look at, the Journal for American Medical Association will be cited, a lot of these studies, first of all, are quite old and secondly they are very subjective, the people that wrote them. The science we're looking at is actually done by fetal surgeons and anesthesiologists," Kremer said.

Some of the research he referred to was in turn criticized as observational rather than going through rigorous study.

But whether a fetus feels pain at that stage may not be the issue that determines the bill's fate. Some Republicans who would otherwise support this kind of legislation said they are concerned there's no exemption for incest or rape. Walker has said he'd sign the bill regardless. But it's an issue that troubles Dr. Kathy Hartke, chairwoman of the Wisconsin chapter of the American Congress of Obstetricians and Gynecologists.

"There's no exception that I understand in this for a child whose body is not capable of getting to term, and having a healthy pregnancy and the abuse that would place her under," Hartke said.

The bill allows abortions after 20 weeks if the mother's life is in danger. Rep. Paul Tittl, a Manitowoc Republican, told Hartke doctors would not face penalties if there is a medical emergency.

"As a doctor are you afraid that you are not going to be able to make a determination if its a medical emergency and appropriately document that?" Tittl asked.

Hardke's response: "It's so ambiguous and honestly I think this is to scare us all from doing any of these. I can't tell you exactly when someone's going to die. I know when it's serious. I know when life is endangered."

Another doctor opposed to the bill raised concerns that it could backfire, and actually result in more abortions. That's because the tests to check for fetal abnormalities or fatal conditions are usually done close to 20 weeks, when the bill prohibits abortion. Steven Leuthner is a neonatologist and bioethicist at Children's Hospital in Wisconsin.

"Women might have to make decisions — be forced to make difficult decisions before they have to. I'm worried there are going to be fetuses that are aborted who could have been in our our neonatal unit and doing well," Leuthner said.

According to the Guttmacher Institute, 14  states have adopted such laws; three have been struck down.