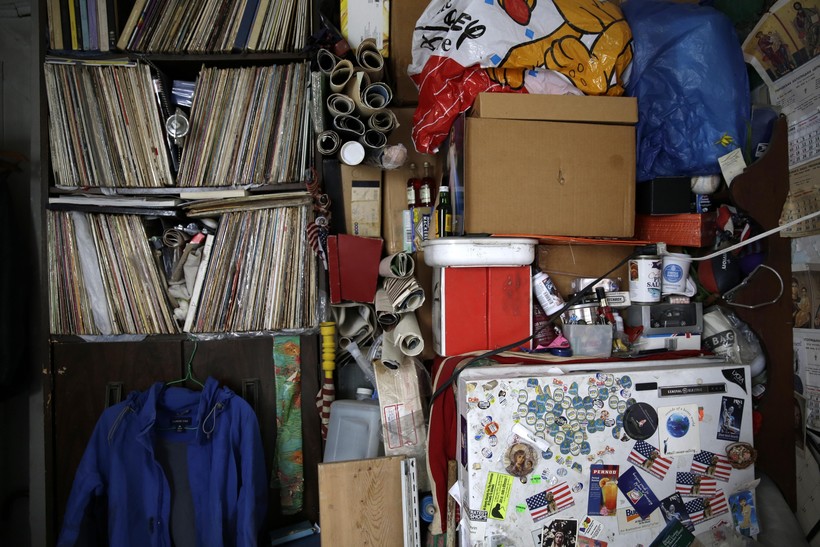 "Swedish Death Cleaning" — or as they call it in Sweden, "dostadning" — is about uncluttering. It's about paring down all of your things, before you die.

It’s embedded into Swedish culture. And it wouldn't be a bad thing for Americans to pick up, says Melinda Gustafson Gervasi, a lawyer and writer who specializes in estate planning, frugality and minimalism.

"This is really something that anyone can do," Gervasi said. "I’ve done estate planning for my 12th year of practice, and I know that death does not just reserve itself for those in their 80s. It can happen at any time. And the last thing we want to do is leave a huge mess for people who are cleaning things up."

That the idea comes from Sweden shouldn’t be a surprise for anyone familiar with the country’s furniture giant Ikea, known for its clean lines and minimalism.

It’s also a concept that is gaining immediacy in the Unites States as baby boomers, born 1946 to 1964, grow older and have an abundance of possessions their generation X and millennial children don’t want, Gervasi said.

"And if they don't want it, then you can be very purposeful," Gervasi said. "You can take the time to figure out, how can this be recycled or repurposed or donated?"

As an estate planner, Gervasi said many people contact her in their 70s or 80s, or after they’ve received a terminal medical diagnosis. They often want to know how they can make things as easy as possible for their loved ones.

Gervasi says the best way to do this is to start early, and get organized. Don’t wait until your 80s to begin.

"It’s being as organized as possible, and also who you leave to be in charge," she said. "... I think anything you can do now, to sort through those possessions, to pass them on, to make your life easier, will inevitably make it easier for other people. It's just a matter of degree."

Go through your paperwork, your photographs, your books. Decide what you don’t need.

Sometimes, these things can make great gifts. When Gervasi graduated law school, her mother gifted her a framed photograph of Gervasi on her first day of kindergarten.

"She worked on culling down her photographs, and ultimately turned it to a tangible gift," Gervasi said.

If you’re trying to purge some items, and have grown children, ask them if they want some special items. Make sure there’s no argument on who gets what. If they don’t want it, don’t get offended, Gervasi said. Instead, figure out a way to donate it if you can’t throw it away. For example, hold a garage sale, and give proceeds to your favorite charity.

For very sentimental things, consider the value before throwing away. Gervasi had her great grandfather’s wedding suit, originally from Sweden. She did not have room to store it.

Instead of giving it away when her parents died, she donated the suit to the Swedish American Museum in Chicago.

"They’re using it for research, for display. And instead of being shoved in the back of someone’s closet generation after generation, I was able to put it to better use, I think," she said.

Even if your children are young, you can stop the clutter as they age. Throw knick knacks you know they won’t want or need in a box, then bring it over to a nearby preschool.

Gervasi said being intentional about your belongings, and getting rid of what you don’t need as you go through life, is a way to keep control of your own life.

When it comes to "death cleaning," she says, you’re the best equipped person to make the decision about what should stay and what should go. Plan well and some items could have a second or third life instead of ending up in a dumpster. And your children may thank you.

"It is gloomy, but it’s something we all have to face," Gervasi said. "We’re all going to die at some point."