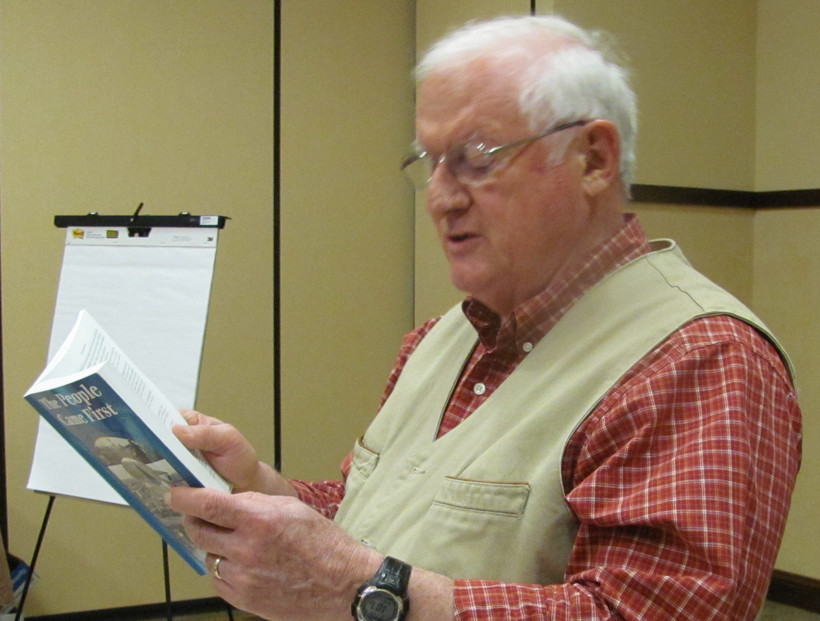 Polio survivors who came down with the crippling disease 60 years ago are seeing their symptoms return in old age.

Jerry Apps is a Wisconsin writer whose latest book "Limping through Life" details his childhood struggle with polio. The disease almost crippled him at the age of 12, but with hard work he regained his ability to walk and lead a productive life. Then, as he got older, Apps found the symptoms coming back in his bad leg.

"Starting at about age 60, I noticed I was limping more. And now, within the last three or four years, I'm feeling a lot of pain in that bloody leg. And the limp has gotten more profound. I'm walking with a cane these days."

Jerry Apps has post-polio syndrome, a mysterious condition characterized by fatigue, muscle weakness, and pain that affects about 60 percent of polio survivors. He says he asked his doctor if any research was being done to find a cure.

"My doctor's a young guy. He looks at me right in the eye and he says, 'No, nobody is doing any research on this.' And I say, 'Why is that?' And he said, 'Because you're all going to be dead in a generation.' He was at least honest."

One doctor who believes in the need for research is Frederick Maynard of Marquette General Hospital, a top specialist in post-polio syndrome. Dr. Maynard says the condition is debilitating for some of his patients.

"People who were walking without any apparent difficulty who become so disabled by fatigue, weakness and pain that they end up having to use motorized wheelchairs or motorized scooters."

Maynard is trying to educate other doctors and the public about post-polio syndrome. He is working with Rotary Clubs in Wisconsin and Michigan to spread the word.