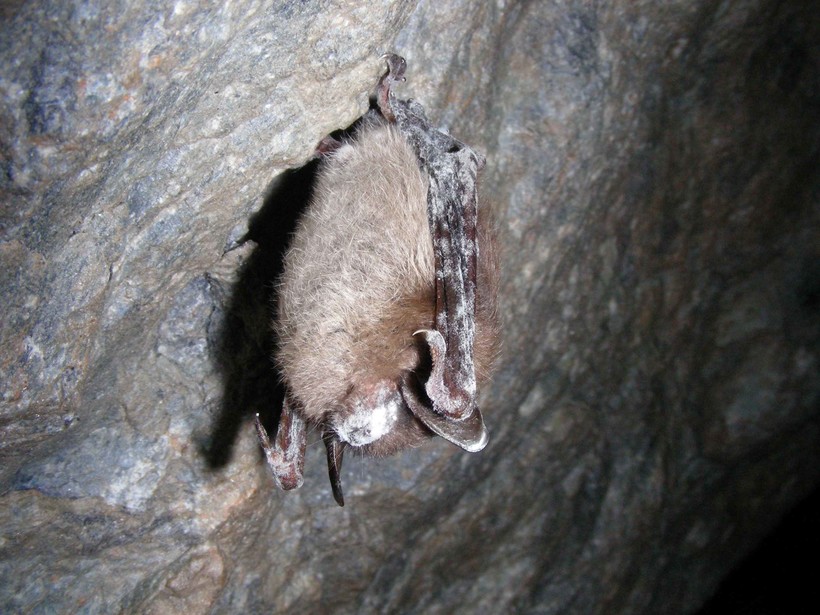 The Department of Natural Resources says white-nose syndrome, a disease that can be deadly to bats, has been found in a cave in southwest Wisconsin.

The syndrome is a fungus which can frequently wake bats from hibernation and lead them to starve or dehydrate. The disease has killed millions of bats in the eastern United States and has been in neighboring states for a few years.

The DNR says a recent regular check of a cave in Grant County has found 2 percent of the bats there are infected. It appears a diseased bat from another state may have brought the fungus. DNR biologist Paul White said the finding is sad news because bats are a plus for an ecosystem.

But, White said, it's possible with spring here, the Grant County bats may survive: “And actually go out and be able to restore their body reserves on insects that are now available.”

“If they had had the disease earlier in the year,” he added, “they would not have had that opportunity.”

The DNR says the aim is to now prevent white-nose syndrome from spreading to other caves, with part of the focus being on humans that might transport the disease. White says owners of commerical caves can still have visitors, but may want to ask questions of their guests.

“For example, have you been in a site outside of Wisconsin? If so, are you using any of the same clothes or are you using a camera that may have been used in another underground site? If so, leave those items out in the vehicles,” said White.

White said other landowners have put gates in front of caves to allow bats in but not humans. The DNR is asking citizens to report sick or dead bats, and is encouraging people to volunteer for an ongoing bat monitoring program.