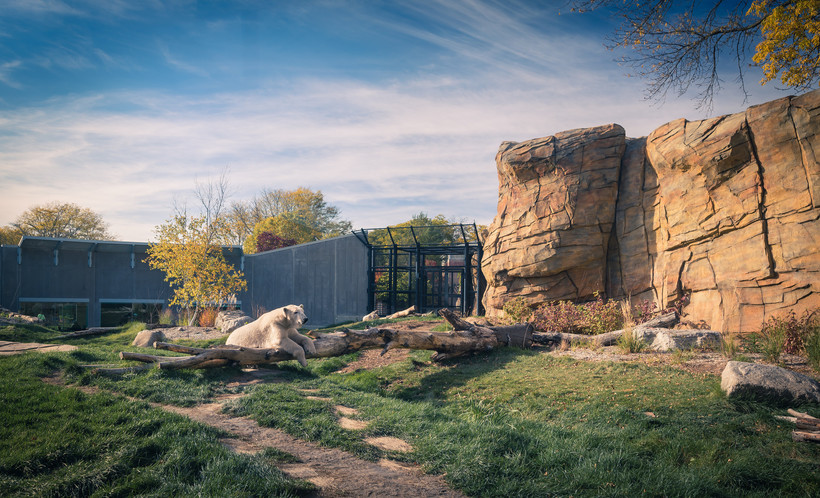 A months-long negotiation between the society, which fundraises for the zoo and controls its concessions and attractions, and Dane County, which runs the zoo, recently broke down. Dane County has publicly parted ways with the society.

During negotiations for a routine contract renewal, which occurs every five years, the society and county exchanged three potential contracts. Representatives from both parties said that each had positions they couldn't concede.

Amy Supple, vice chair of the society's board, said they ultimately rejected the third contract because it would end the society's role as an operating partner, as the zoo's sole fundraiser and would give the county greater control over the society's funds.

"It was difficult for us to understand why the county wanted to cease that relationship," Supple said. "We had had nothing but a successful relationship up to that point, and we have never had any complaints or concerns from the county or the public on what we're doing relative to those operations."

The society was founded as the fundraising partner for the zoo 105 years ago, which predates the county's ownership of the facility, according to Alison Prange, the society's president.

Prange and Supple said the county chose to break ties with the society instead of working on a fourth proposal.

Chuck Hicklin, the Chief Financial Officer and controller of Dane County, was involved in the negotiations.

"There was an expectation on the part of the other party to, I think, assume a larger role at the zoo," Hicklin said. "The role of a support organization for an institution like the zoo can take many forms."

Hicklin said that the zoo's accreditation with the Association for Zoos and Aquariums was at stake. Supple acknowledged that some of the society's initial proposals would have jeopardized the zoo's accreditation, such as a set number of animal trainings each day, but that they readjusted their contracts once they realized that error.

Financial matters, such as the endowment, proved another point of contention. The society has about $6 million in total, according to Supple.

Those will now go into a zoo trust fund.

Hicklin said the county was interested in sharing costs between the county and society "because the society had been so successful in their fundraising efforts." He said the society appeared to be "hedging," and wanted to terminate the contract if their revenue dipped below a certain level.

Supple reiterates the evolution of their proposed contracts and that earlier versions contained flaws.

"There's never been a funding request that the county has made that we've turned down, but the donors had an expectation that there would be some oversight to their investment and in the zoo, and the county was asking to move those dollars over into (a) county fund without any oversight by the society."

Supple and Prange both said that their endowment is the mark of a successful, secure nonprofit. They said the endowment is important in case the economy gets worse.

Ultimately, the two parties couldn't reconcile their differences. On March 31, the contract will expire and the society's 13 full-time and 50 part-time employees will no longer be society staff.

This week, the Dane County Board voted to add zoo staff classified as county employees, including zoo manager and education manager.

The county also has announced plans to engage outside consultants to help establish "best practices" regarding its relationship with a future fundraiser.

Hicklin said they are now assuming responsibility for the on-grounds operations, such as concessions and attractions, which the society managed. The county has extended job offers to the on-grounds staff that previously worked for the society.

Society members say that, at the end of the day, it's a loss for the zoo.

Dane County Executive Joe Parisi has said that visitors' experience of the zoo will not change. Hicklin emphasized admission would remain free.