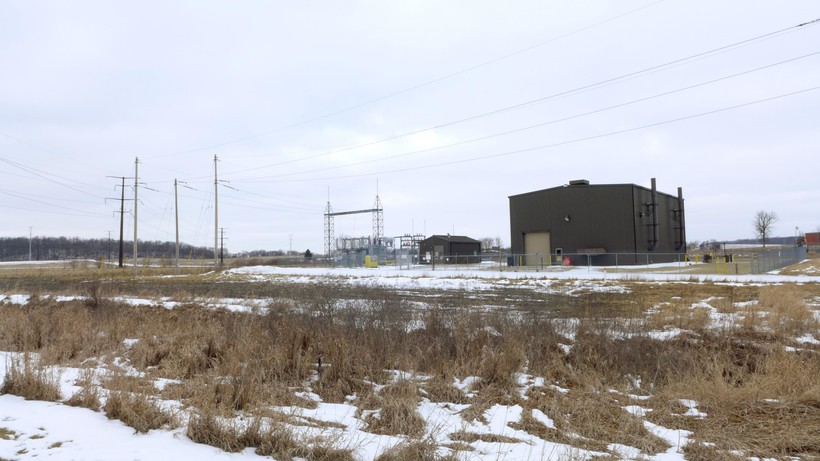 Enbridge already has a pumping station in Dane County, pictured above, but wants to build an additional one as part of its expansion of Line 61. Chuck Quirmbach/WPR News.

Station Would Be Part Of Major Oil Pipeline Expansion Through State
By Danielle Kaeding
Share:

Dane County’s zoning committee has postponed granting a permit to Enbridge Energy, which wants to build a pump station for its Line 61 pipeline expansion.

Dane County Zoning and Land Regulation Committee Chairman Patrick Miles said staff will seek an outside insurance expert before granting a permit. Miles said they want to make sure Enbridge provides the right coverage to pay for cleanup if a spill occurs.

“That will require some type of study of what the risk is if there’s a spill,” said Miles.

Enbridge says it has up to $700 million in general liability insurance, but Miles said the committee wants financial protection for the county as more oil flows through it.

“Without the Dane County pump station, they have the capacity to go to 1 million barrels per day. They can do that without anything happening in Dane County,” said Miles.

The Line 61 expansion would result in an average of 1.2 million barrels of oil per day being sent from Superior to the Illinois border.

Miles said the committee may approve a contract for a study at its meeting on Feb. 10.

The decision to postpone approval of the pumping station was met with mixed reactions. Peter Anderson, a spokesman for the environmental group Madison 350, said he’s pleased the committee is seeking an outside study on what insurance coverage Enbridge should provide in the event of spills.

“In Dane County, and I’m sure in other counties along this line throughout Wisconsin, we care about what those impacts are and we want insurance that protects us fully — not just the insurance they carry normally to protect them,” said Anderson.

Jim O’Brien, a business agent for the Steamfitters Local 601 Union, said he’d like to see the issue resolved.

“Our welders go on a job to weld on a pipe for Enbridge, they have to go through rigorous testing on their weld test,” said O’Brien. “Their welds have to be 100 percent perfect. Every weld that they do is x-rayed.”

O’Brien said safety is the number one concern for the roughly 2,000 welders they represent.

Dave Branson, executive director of the Building and Construction Trades Council of South Central Wisconsin, said allowing the pump station to move forward will provide an economic boost to the area with construction jobs.

“We’re disappointed that it’s been postponed again,” said Branson. “Enbridge has done everything they can to appease them.”

An Enbridge spokeswoman could not be immediately reached for comment.